On a site where bags of potato chips used to roll off the conveyor belt, a climate-adaptive, communal and green residential area with 600 homes will soon arise: Blossem. Blossem will be a new residential area on a former industrial site, the former Nibb-it factory, in Breda. The factory buildings are no longer on the plot and the industrial site has been derelict for some time, hidden behind the Ettensebaan. Only the boiler house and the porter's lodge are still there, as silent witnesses of the former industry. But not for long, in 2022 the construction of Blossem will start.

Blossem will be a new neighborhood where collectivity, (nature-) inclusiveness, circularity, climate adaptation, water storage and living in green are the central elements. Cyclists and pedestrians are given priority and the car has a subordinate role. Parking is provided along the edges, creating space in the heart of the neighborhood for greenery. Living in Blossem means living in a park that is available to everyone, including the residents of the adjacent neighborhoods. The park forms a continuous green space that connects with the surrounding area. It is a green oasis that binds the buildings together and is visible all the way to the edges of the plan. 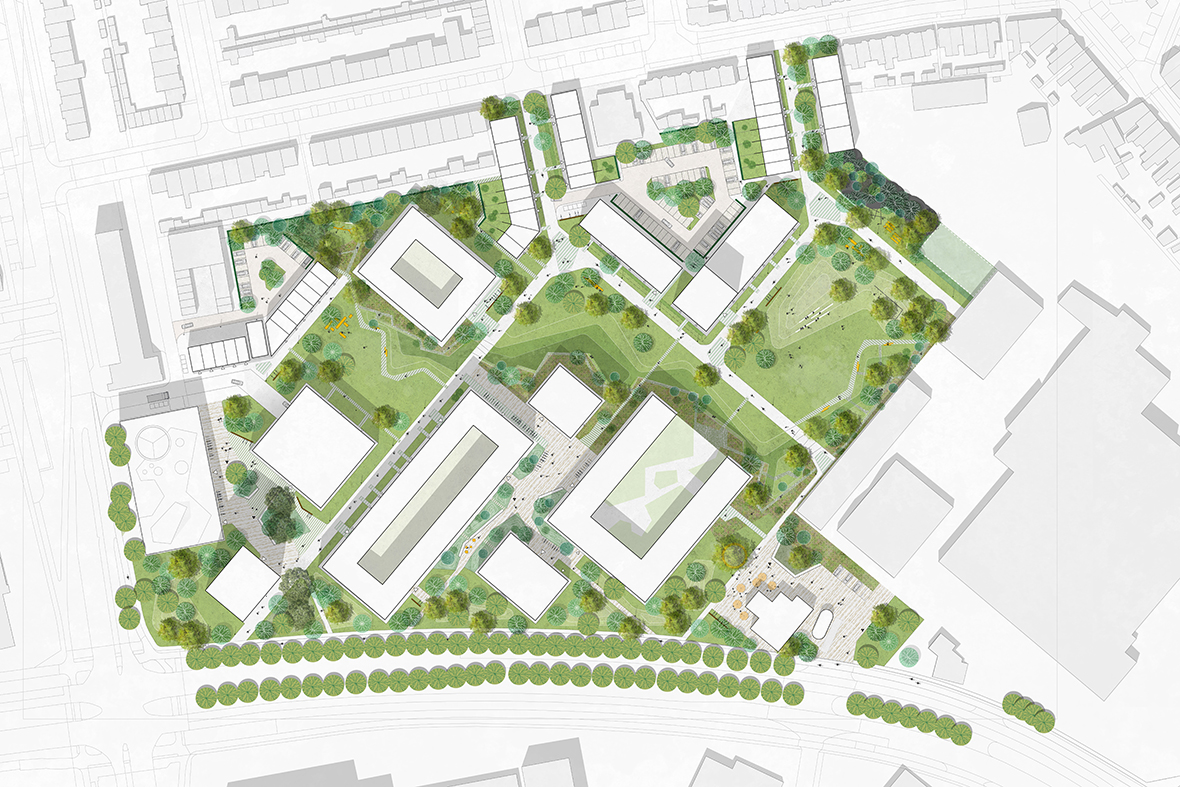 The alternation between buildings and greenery creates a special spatial character that differs from all other residential areas around. The layout of the park is aimed at increasing biodiversity and the collection and retention of rainwater. The backbone of the park is the so-called rough zone, which meanders along the entire length of the planning area that forms the boundary of the wadi. The rough zone has different height levels and steeper edges, these levels will be constructed from existing demolition material from the old factory. The demolished concrete is also reused in the public space, returning as footpaths, and stacking walls. To increase biodiversity, native species of plants and trees with berries, fruits and nuts are selected. 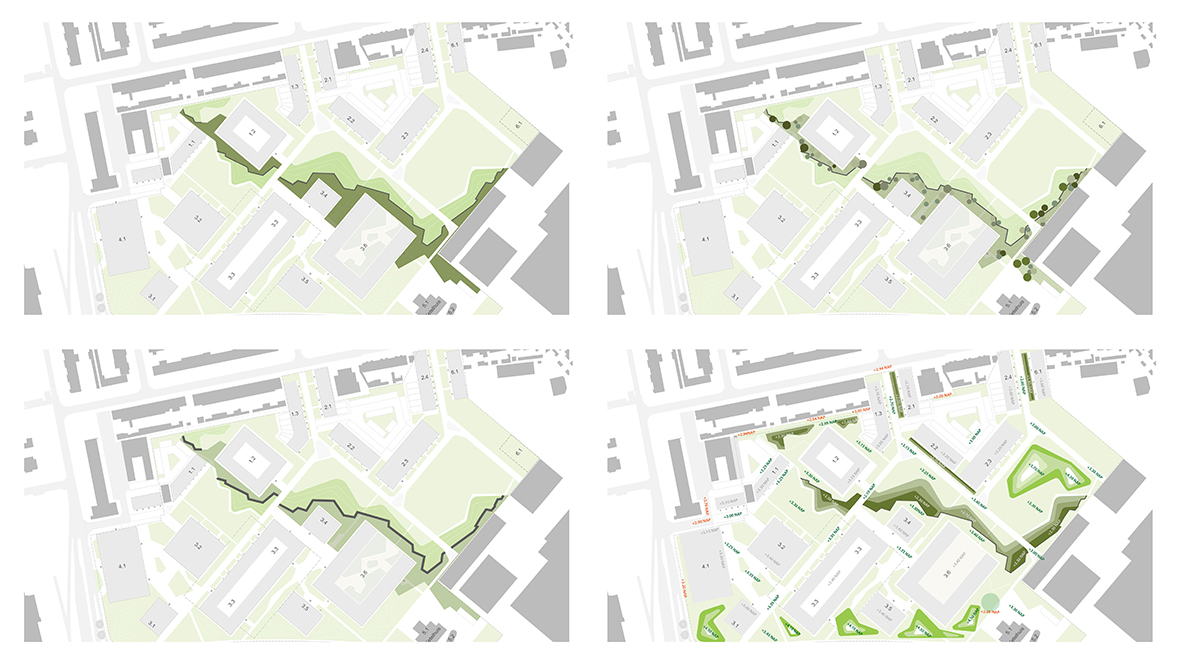 Blossem illustrates the development of an old industrial site into a communal and nature-inclusive residential area, the project serves as an example of a transformation from industry to a positive addition for nature, city and community. Since 2019 Karres en Brands i.c.w. Studioninedots is working on the urban plan and development vision, now we are working on the design of the public space and have started with the Definitive Design. In addition, the first architects have started working on the first 3 blocks of a total of 15 building blocks. 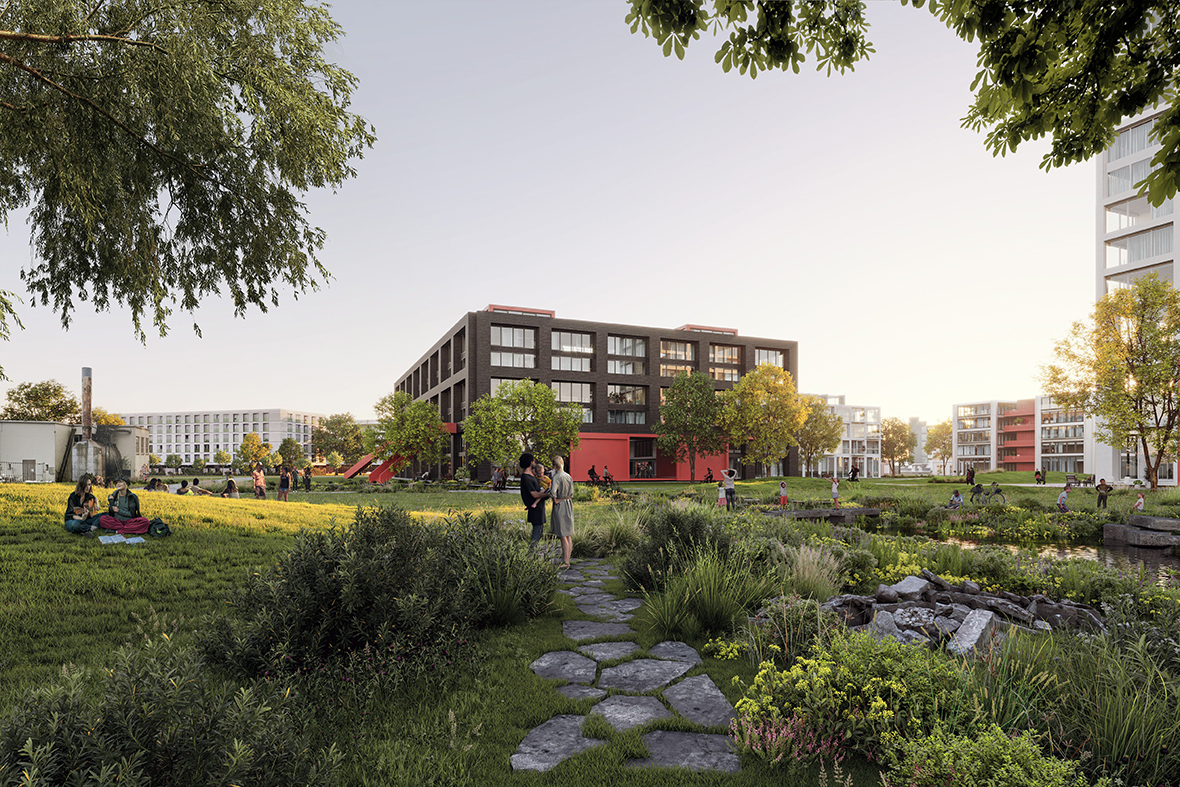