Previous article 7th may 2020 Next article

Design breathes new life into the halls of Backer+Rueb 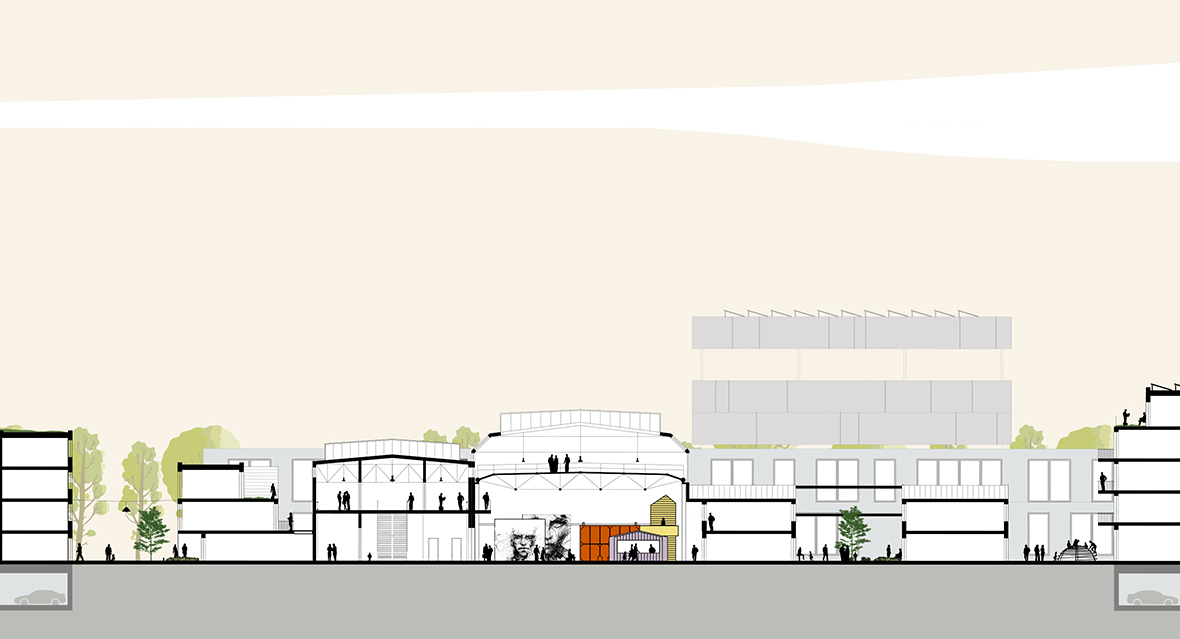 Backer+Rueb will be transformed into a mixed urban neighbourhood with around 450 homes and plenty of space for businesses, waterside bars and restaurants and other public facilities. The neighbourhood will be a reflection of the area’s industrial past, coloured by art, culture and creativity. Commissioned by Amvest and in collaboration with the Municipality of Breda, Karres and Brands is teaming up with Rijnboutt to develop an urban plan and public space design for the area. The goal is to harness the district’s industrial heritage to give the neighbourhood its own unique identity. Of the once impressive Backer+Rueb machine factory, a few characteristic details remain. The energy, liveliness and activity of days gone by are already returning thanks to temporary programming. With the redevelopment, the area will be brought back into full bloom.

The main structure of Backer+Rueb is determined by the three industrial heritage zones: the Van Puiflijk hall, the Backer+Rueb hall, and the Electron zone. Within these zones, the industrial character is enhanced by the design of the public space. In the two in-between areas, the public space will be as green as possible, and the informal wandering environment will be strengthened. With breakthroughs, extensions and spectacular additions to the roof, the existing factory halls and office will become the area’s main identifying features. The central hall will be transformed into a covered public space connecting the Speelhuislaan to the waterside, where exhibitions and events can be held. The industrial character of the buildings will be further enhanced by the public space design.

Backer+Rueb will be a car-free neighbourhood that encourages cycling and pedestrian traffic. The public space design is aimed at stimulating meeting and interaction. In addition to the formal restaurant terraces, there will also be informal, collective facilities for residents at various locations, such as playgrounds, picnic benches and canoe ramps/storage. The neighbourhood will also be climate adaptive and nature inclusive. Thanks to the abundance of green, the outdoor space will be pleasant even during hot periods. Rainwater will be collected and retained in the area for as long as possible. The process of collecting, buffering and draining rainwater is made visible throughout the public space.

The redevelopment of the Backer+Rueb site is closely aligned with the development of two other former business areas, Klavers Jansen and Electron. The three areas should eventually form one large creative district within the CrossMark redevelopment plan for the Breda railway zone. After an (online) participation process and submission to the Municipal Executive Board, an application for a zoning plan will be submitted. The urban design will then be worked out step by step into concrete construction plans and architecture. The first houses and workspaces are expected to be completed in 2023.