Realisation of ‘De Kwekerij’ on the Hilversum Stationsplein has started 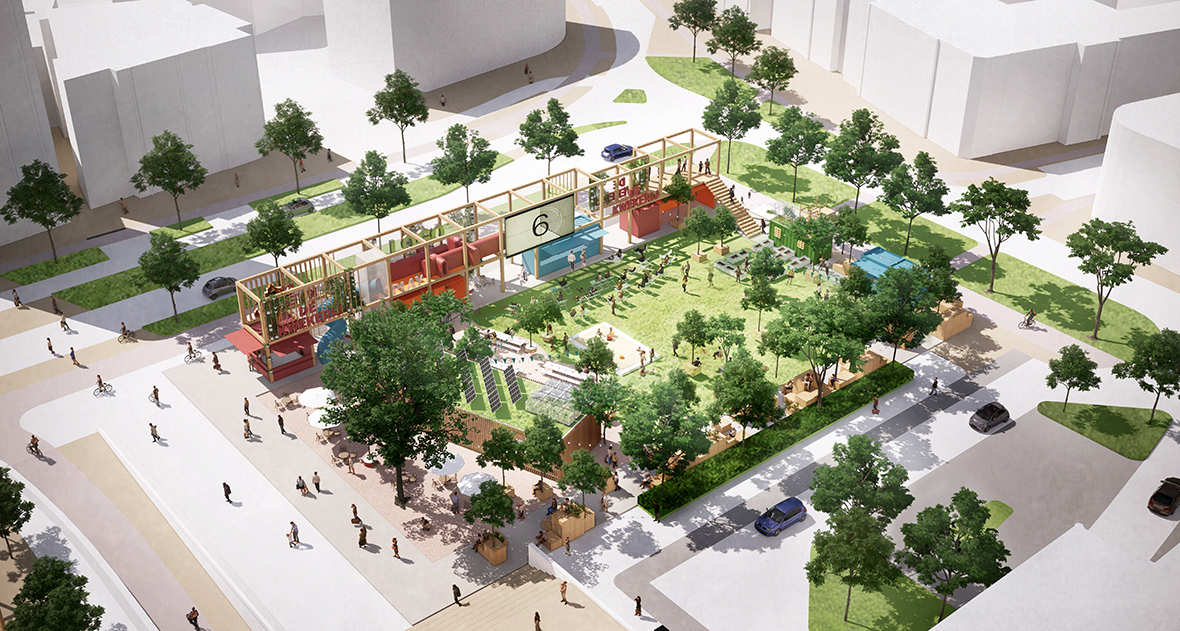 A little distraction in these confusing times. Around the time the Netherlands went into quarantine, construction began on ‘De Kwekerij’—the temporary development and programming of the main square in front of Hilversum Station.

Together with Hilversum Marketing, local entrepreneurs and organisations, Karres and Brands recently helped create a concept for a new city park. The empty lawn on Hilversum's Stationsplein will become a place for movement, encounters, greenery and culture, and De Kwekerij will become a hotspot for residents, travellers, visitors and entrepreneurs alike. De Kwekerij will ensure that the Stationsplein becomes a lively place before renovation to the station area has even started. In the meantime, the 'grid', a wooden scaffold 8 metres high and 45 metres long with space for entrepreneurs, has been constructed by festival builder Triomf. The scaffolding has been designed in such a way that it can also be set up at other locations, making it a new landmark for Hilversum. After the corona hardships have passed, we are ready to celebrate the opening of the site.