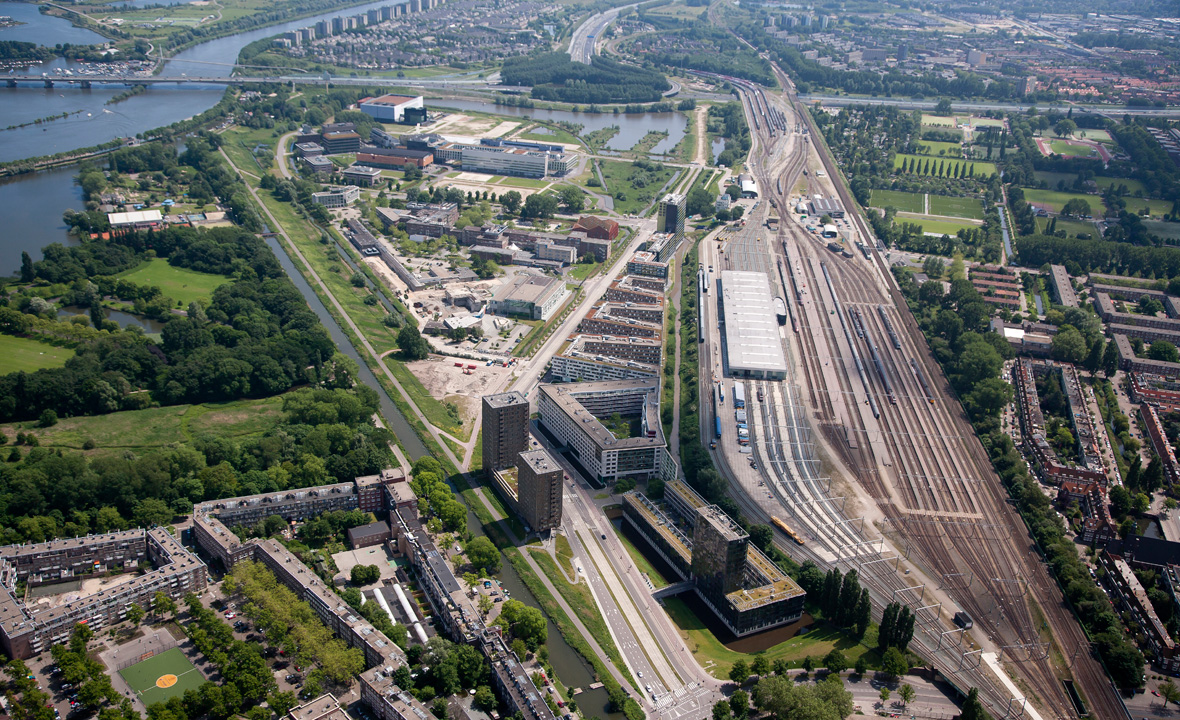 Amsterdam Science Park, located in the eastern part of Amsterdam, is a high-quality, international knowledge centre where companies and scientific institutions in the fields of science, mathematics, computer science, biotechnology, and life science are housed. The link between education and business is central to the development of Science Park. The primary ambition of the development of the campus is then also a far-reaching cooperation between scientific education, research, and knowledge-intensive activities among the various components of Science Park. 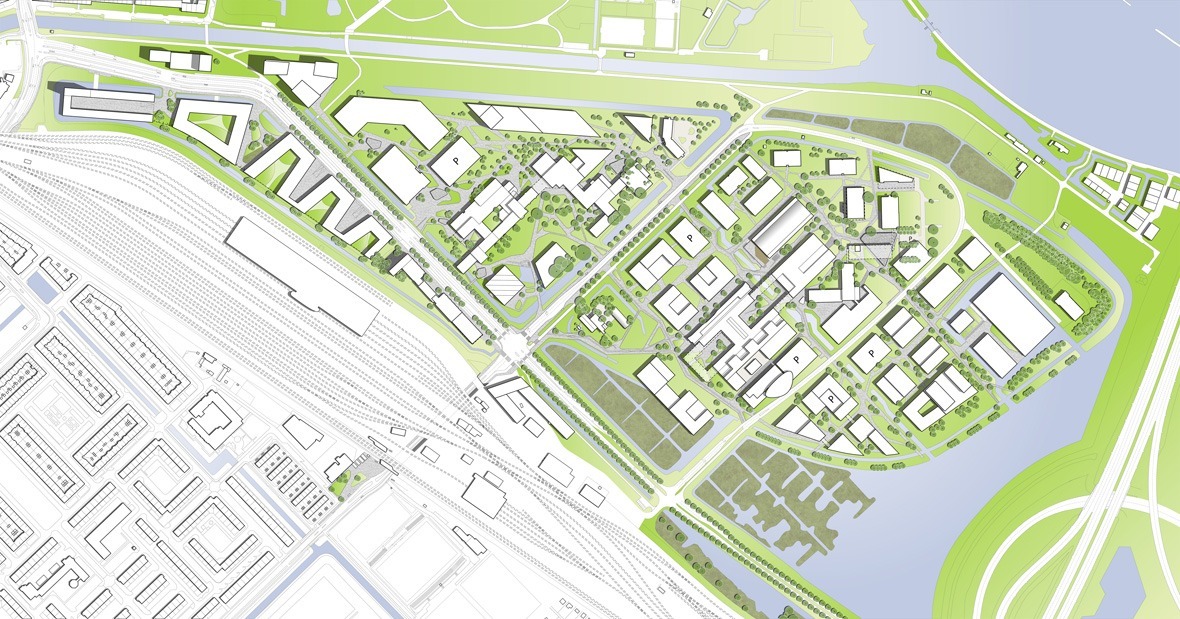 In 2003, together with KCAP, Karres en Brands drafted a master plan for the development of Science Park over the next twenty years. A clear zonation has been laid out on the 54-hectare site that distinguishes between a built structure and an unbuilt structure. The basic structure consists of east/west-oriented construction strips parallel to the original polder structure and separated by green polder corridors. With this, the original scenic orientation and long sight lines are returned to the area. The corridors will be used for logistical functions, such as loading and unloading, pipeline routes, and water. The structure is intersected by a recognisably shaped system of paths, like a branching of the network.

For the elaboration of the buildings and public spaces, no precise alignments or building volumes are set, but rather rules that respond to changing circumstances and the various possible architectural perspectives are established. The materials for buildings and public spaces are pure and have a natural colour scheme, whereby the urban context is maintained while architectural freedom is guaranteed. 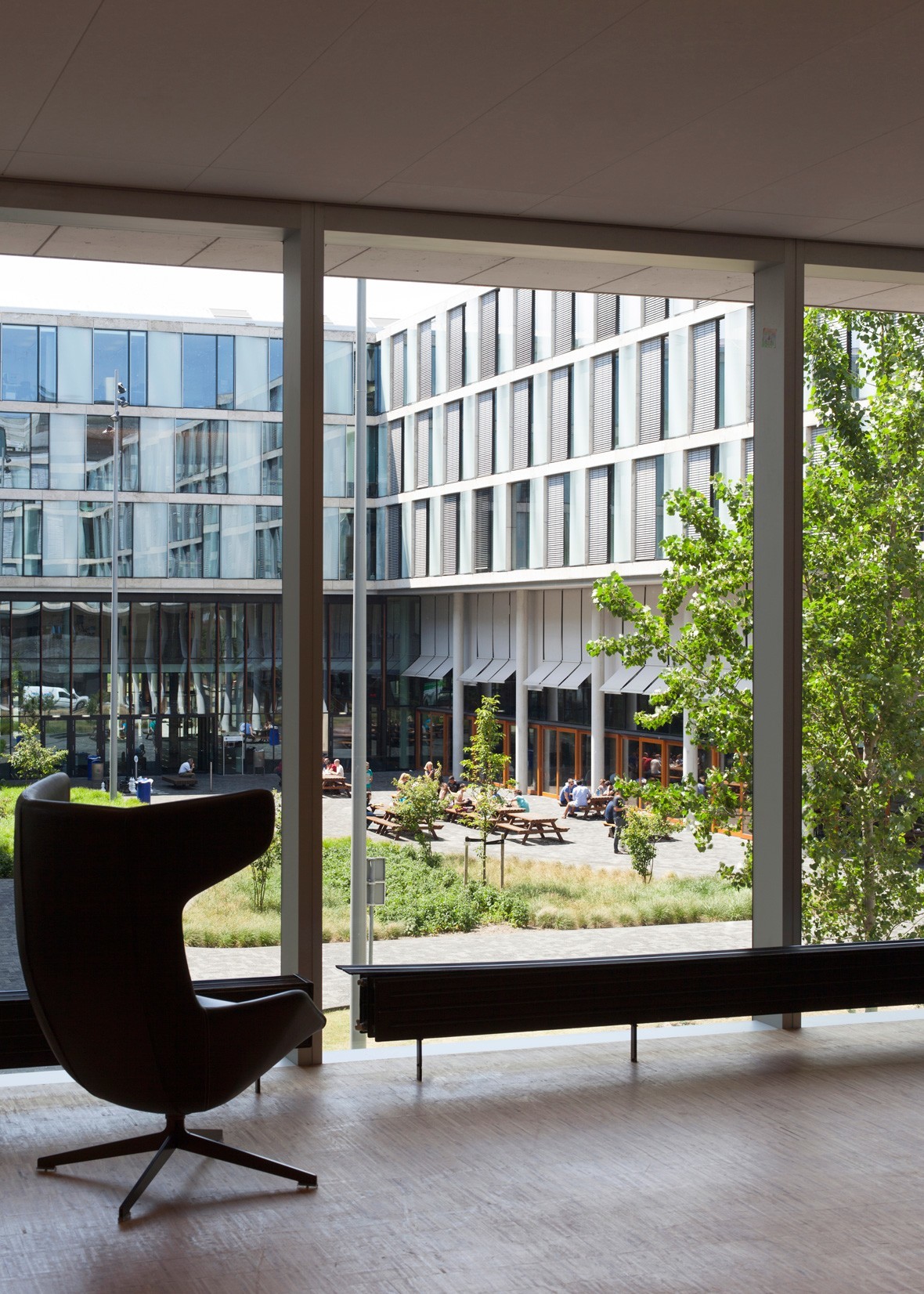 Besides the master plan, the Karres en Brands team also designed the public space, which is being applied in several phases. Around the FNWI (Faculty of Natural Sciences, Mathematics, and Computer Science), the University Sports Centre, and Parkplein Annahoeve, the public space has now been realised. How the mixed pavement subtly indicates where the bicycle and pedestrian routes are laid out is easily perceptible—the wide paths are free of raised dividers. In addition to being the designer of public space, Karres en Brands is also supervisor for the development of the landscape and the urban integration of the new faculty buildings and other facilities. 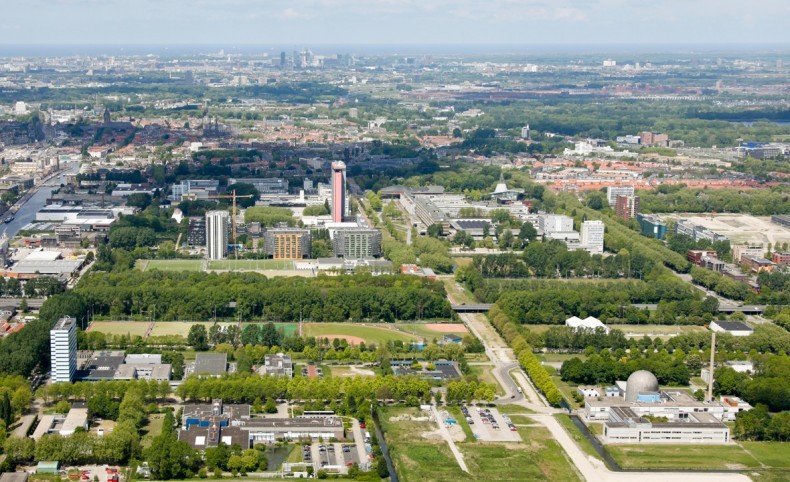 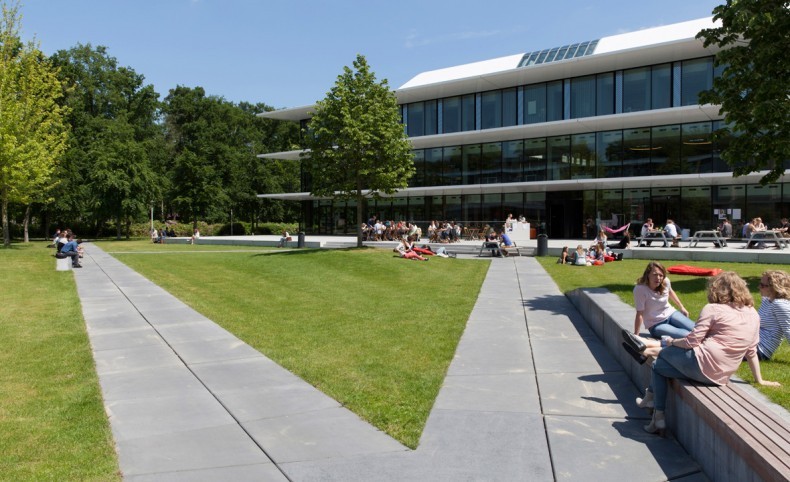 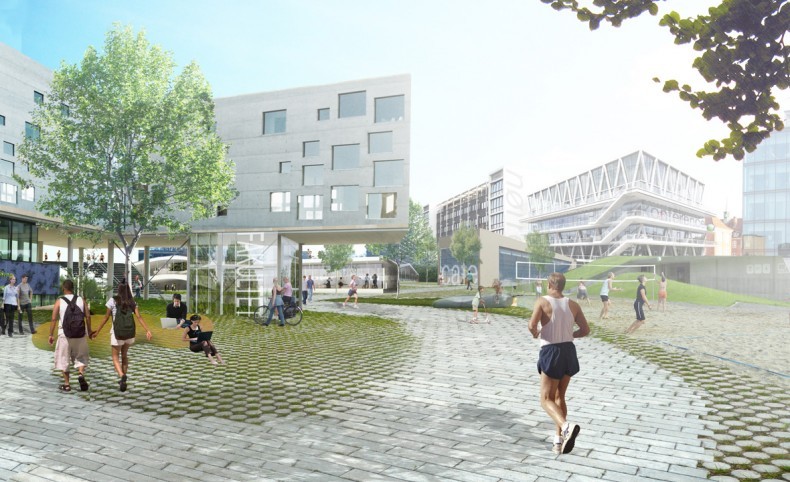