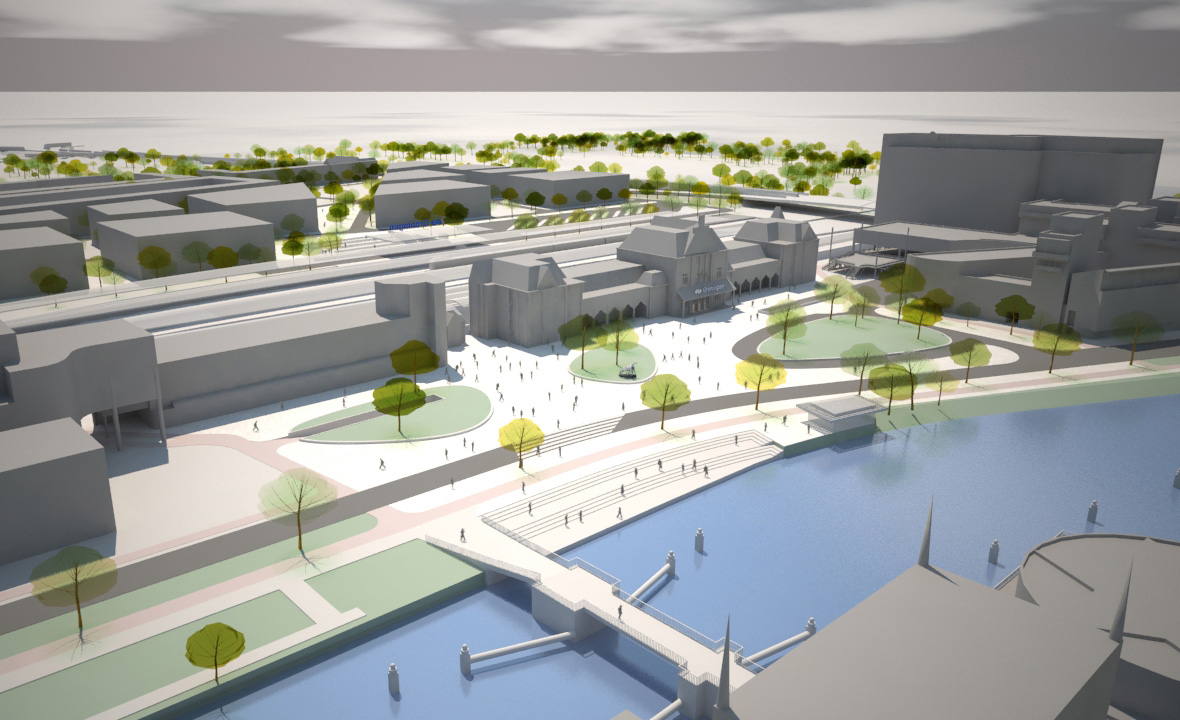 In 2019, the railway line from Groningen Station will be changed: from a double terminus, the yard will be transformed into a layout with continuous tracks. Currently, travellers still use a single-level connection between the platforms. With the extension of the tracks, however, this is not possible, and the transfer facilities must be adapted to the new situation. karres+brands has performed an urban variant study into the environmental domain of the station. The advice prepared on the basis of the study has recently been fully adopted by the associated stakeholders; in a few years, Groningen Station will have a brand new station area. 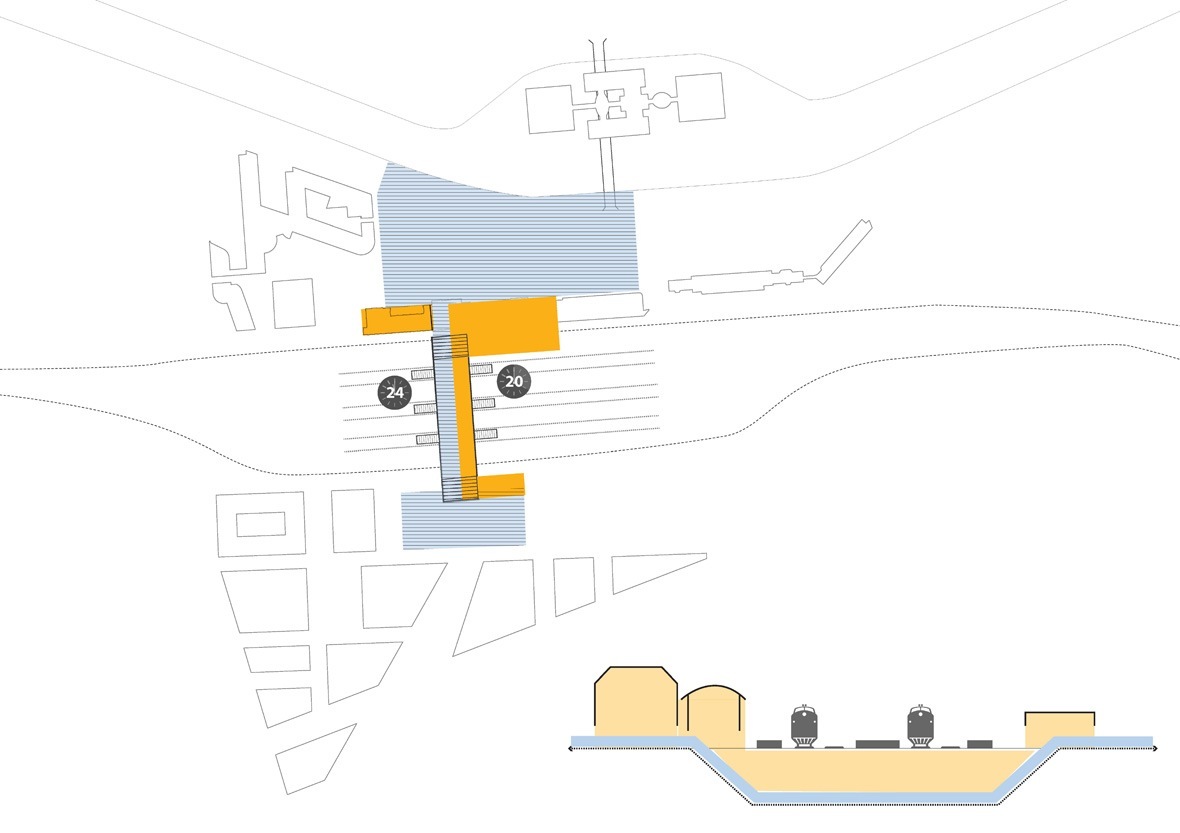 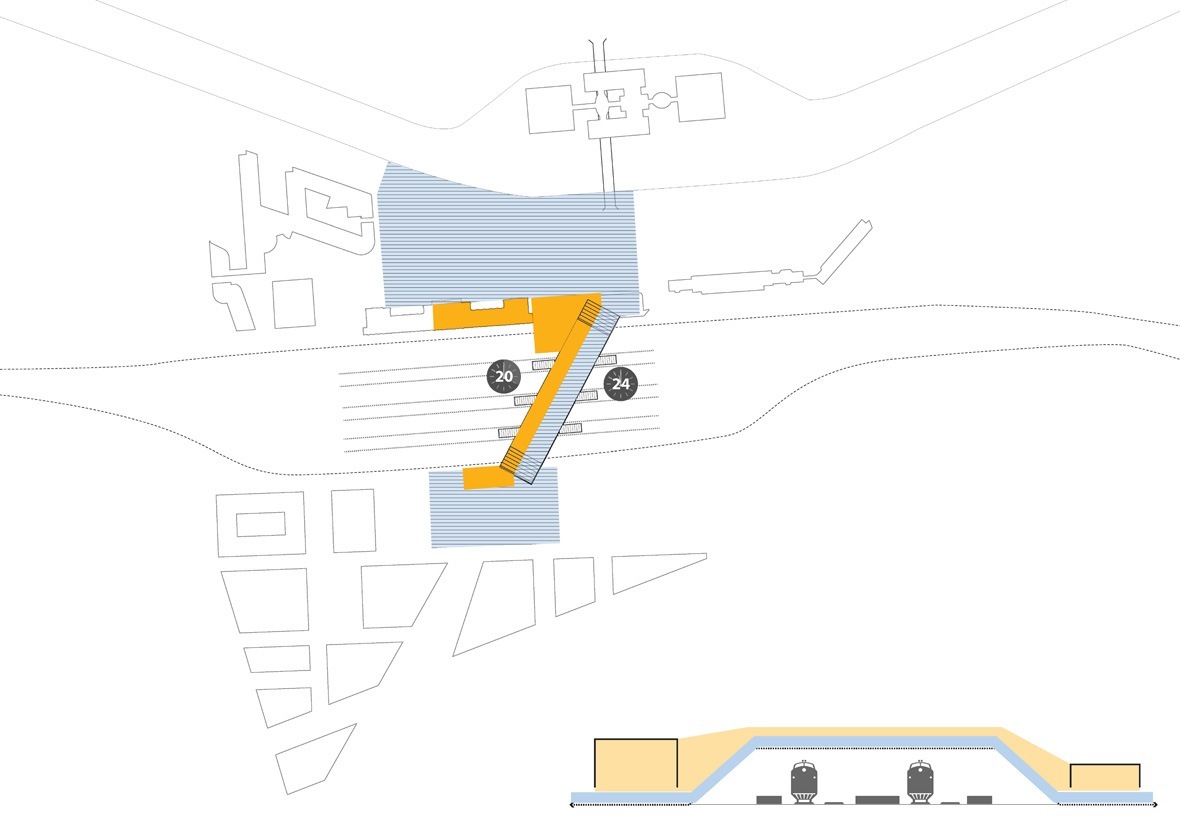 For the new passenger transfer zone, two basic options have been prepared: a pedestrian tunnel at the heart of the platforms or a footbridge over the tracks. Besides that is a desire to allow the new transfer zone to function as the logical connection between the centre and the southern city districts. To make an informed choice between the two variants possible, basic designs have been made for the public space around the station, which were established during intensive workshops. All of the stakeholders were represented at these workshops: the municipality of Groningen, the province of Groningen, ProRail, and NS Stations. On the basis of this input, the basic variants were honed and given more depth, and differences comprehended. Thereby, the relationship between short-term and long-term interventions was especially important. A great deal of attention has been given to the functionality and environmental quality of the area around the station, as well as its logical embedding in the city. 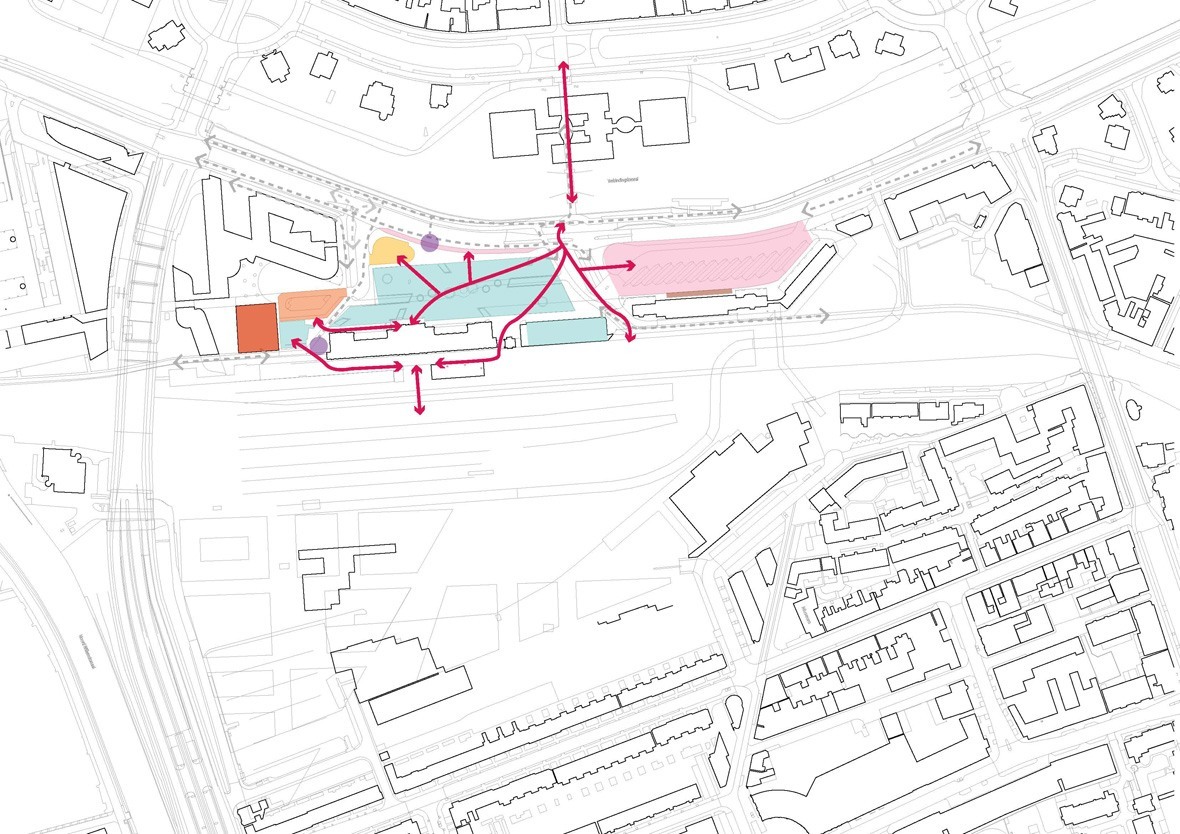 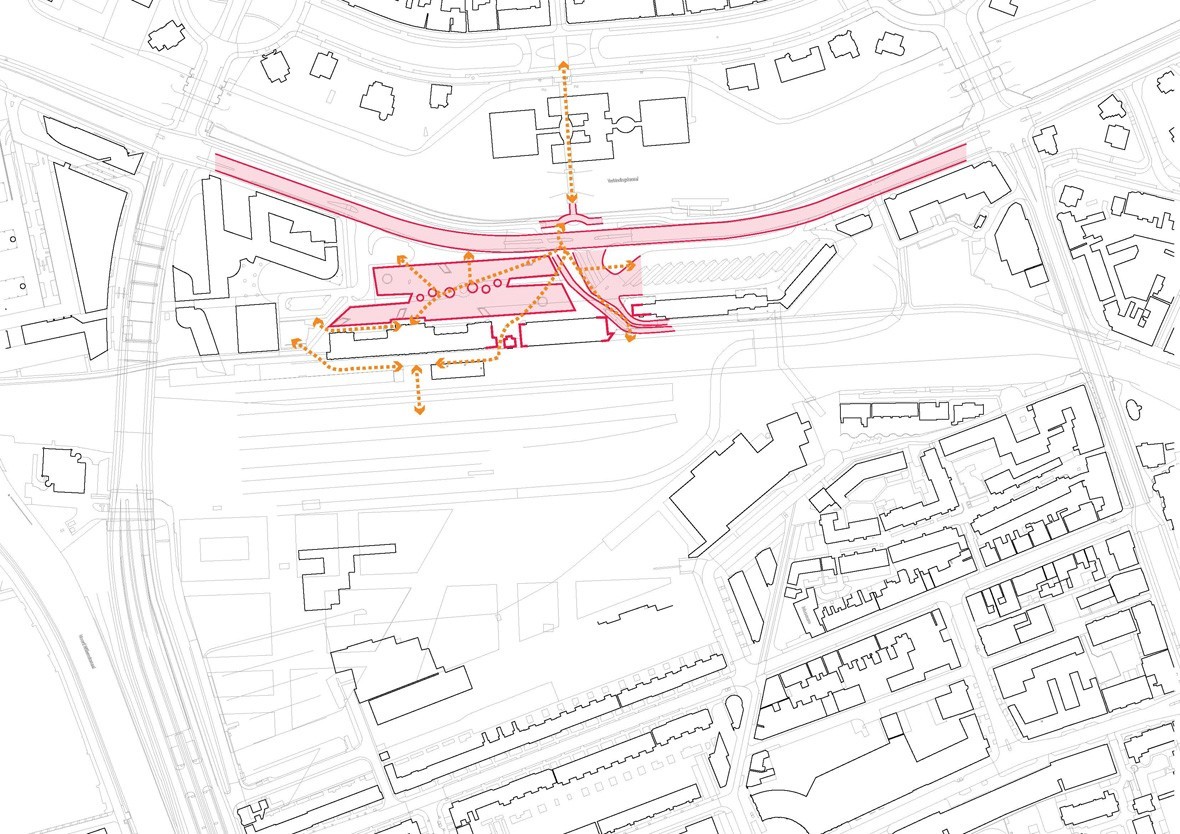 The concept and direction of development selected in the end is based on several key points. First, the station area needs a resolute injection of greenery, and congruity must be sought for the quality of the canal structure, in order to improve the quality of stay and the atmosphere of the station’s northern plaza. In addition, the infrastructural node around the station must be dismantled in order to achieve a safer and more pleasant environment, especially for pedestrians and cyclists. Subsequently, the area should not only function as a space to spend time, but also offer a place for the so-called chain facilities for travellers, such as bus, bike, taxi, kiss & ride, park & ride, and retail and station facilities. The area south of the station, still currently a former marshalling yard, should become a new city district and destination—with a clear entrance and good accessibility. 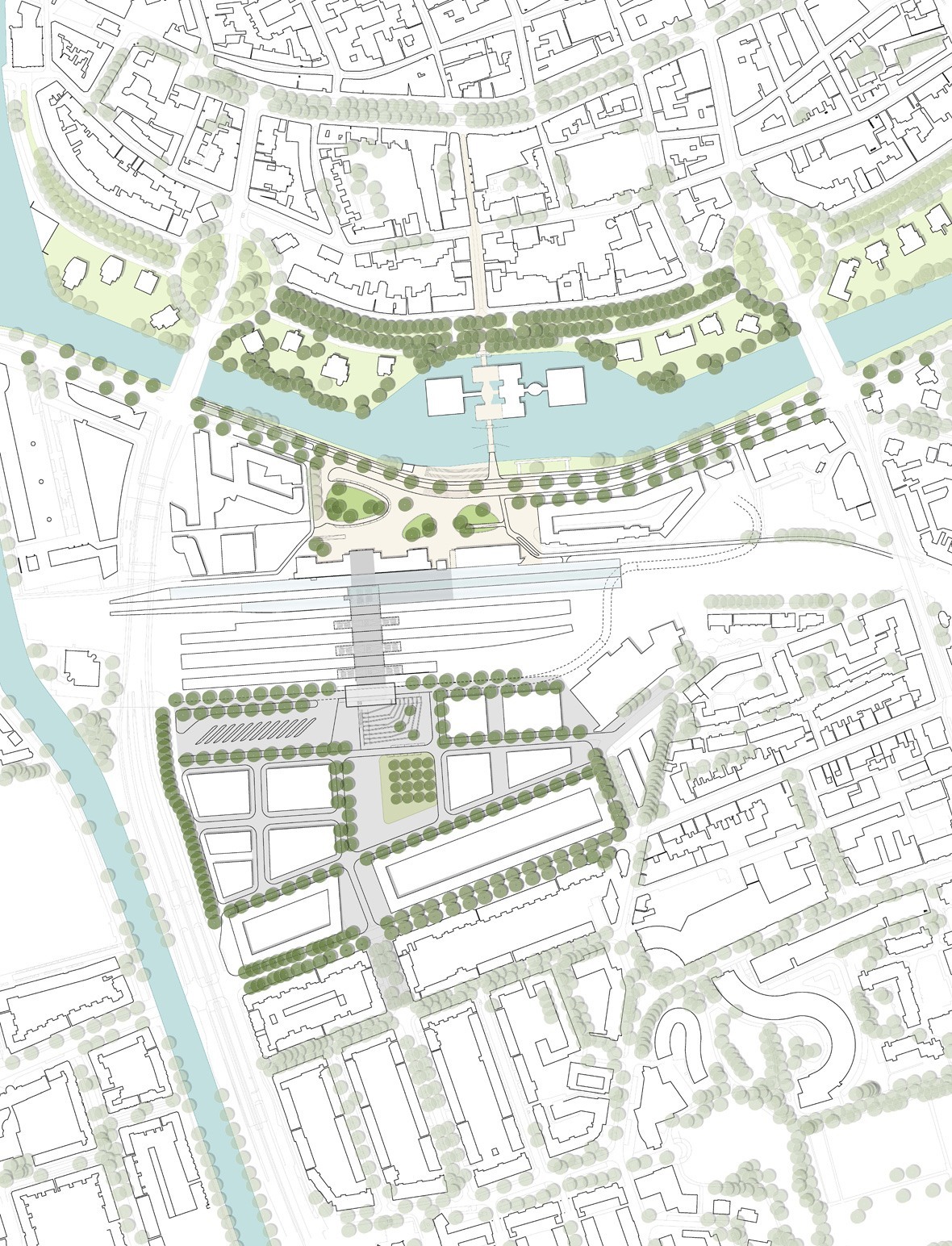 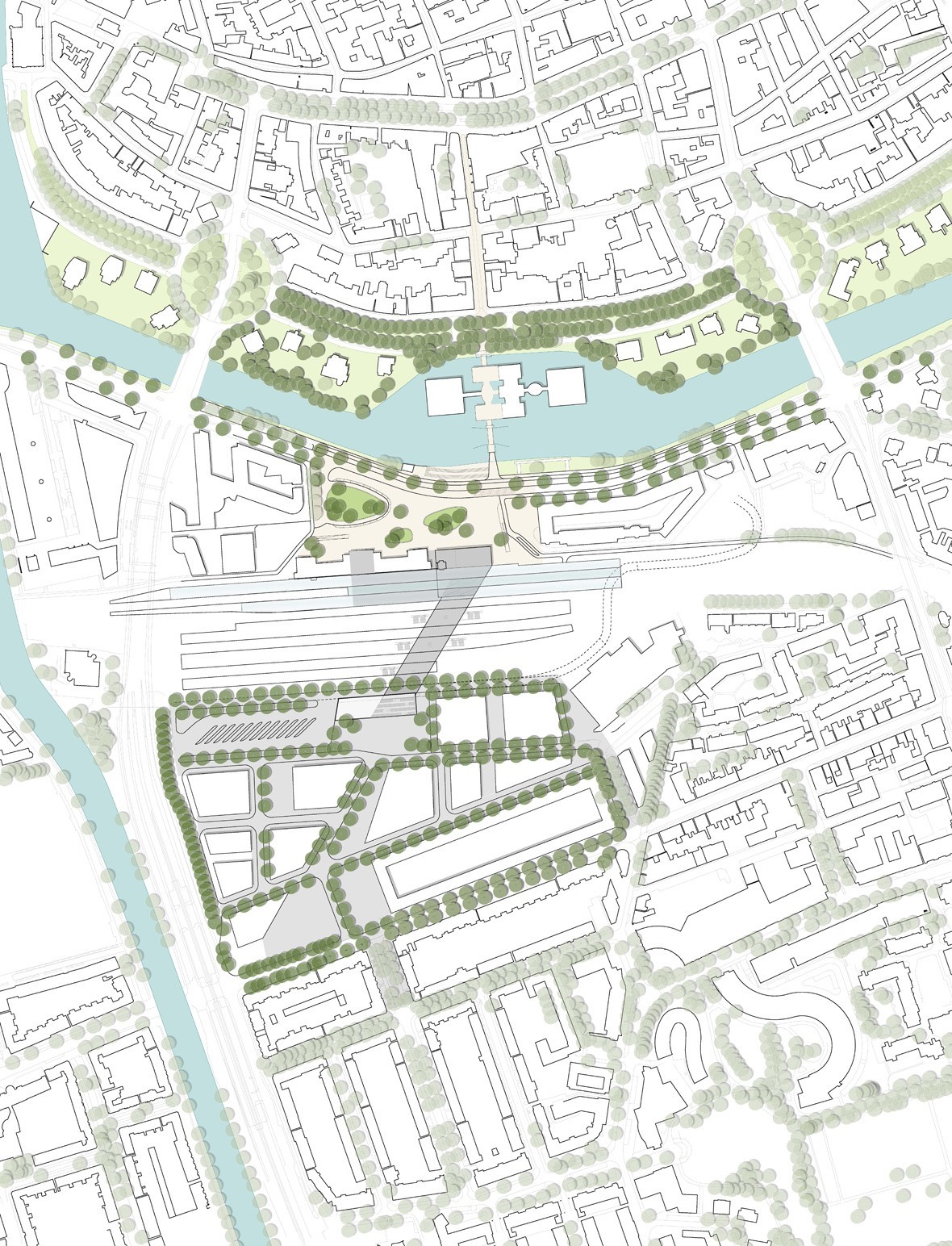 Both variants are deployed on the large scale of the transfer zone and public areas, in order to obtain a clear and comprehensive whole. On the basis of these priorities and the design visualisations, it was advised to choose the ‘tunnel’ transfer option. One of the main reasons for this is that, in this variant, the monumental station building emphatically regains its function as an entry and accommodation for the station’s facilities. This makes for a lively and meaningful square north of the station, with a diffuse use of space. 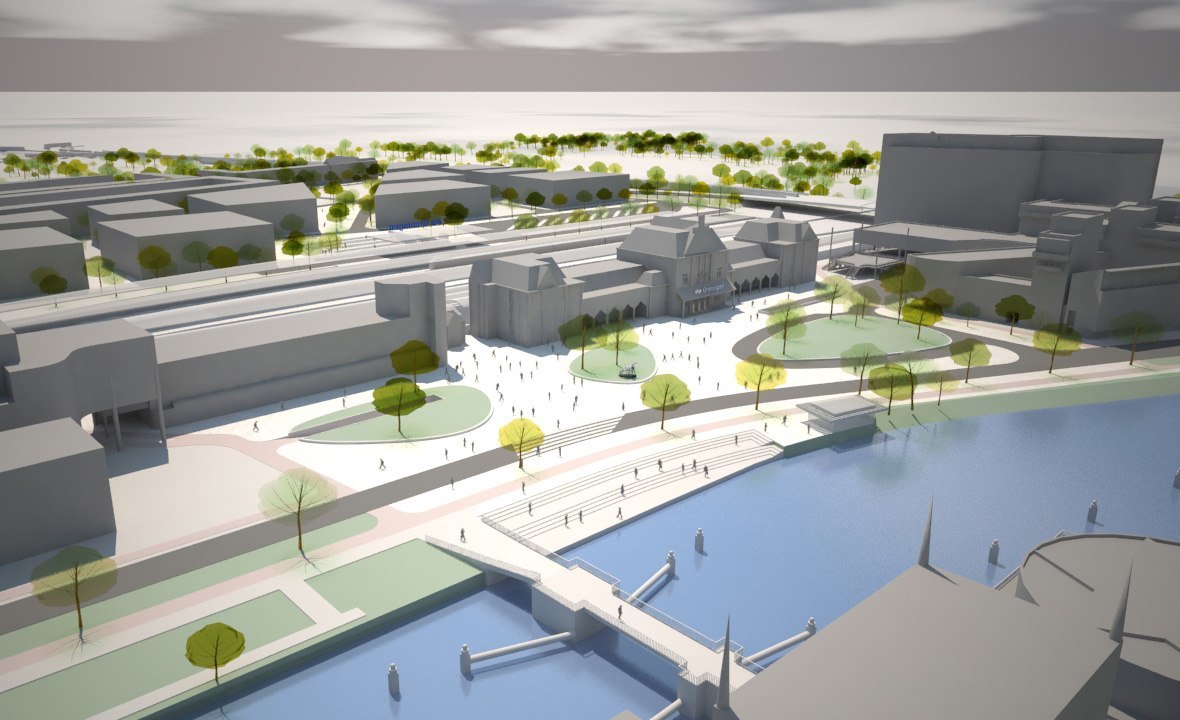 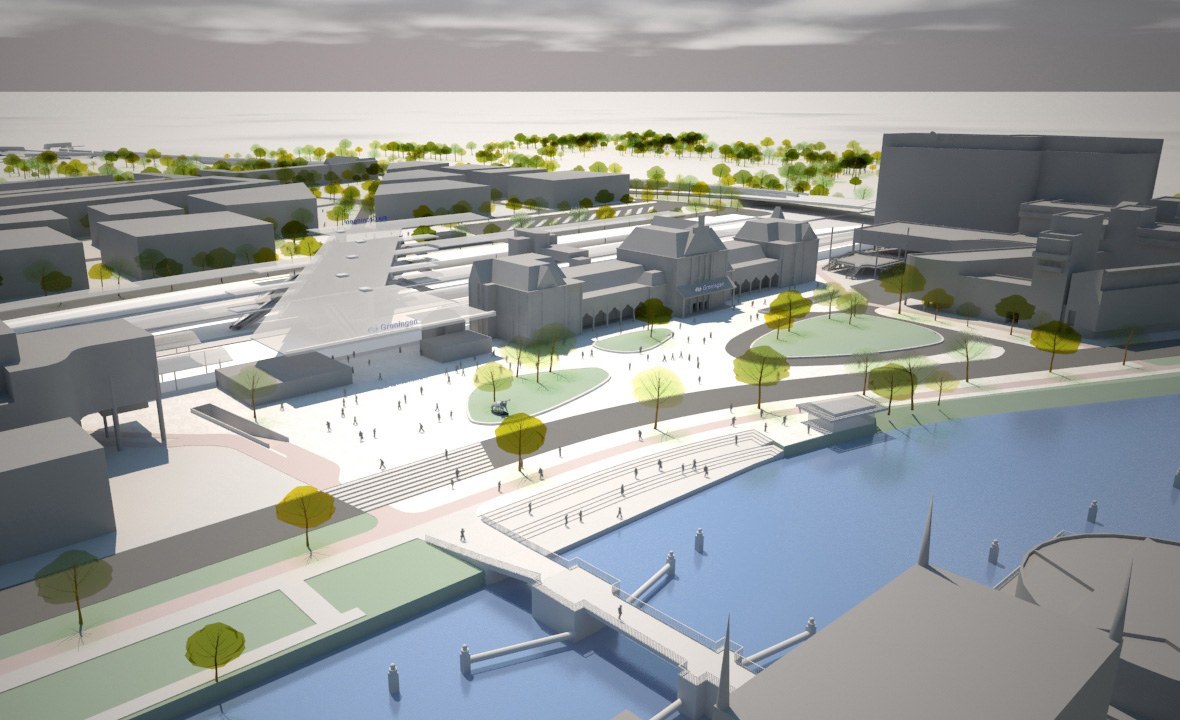 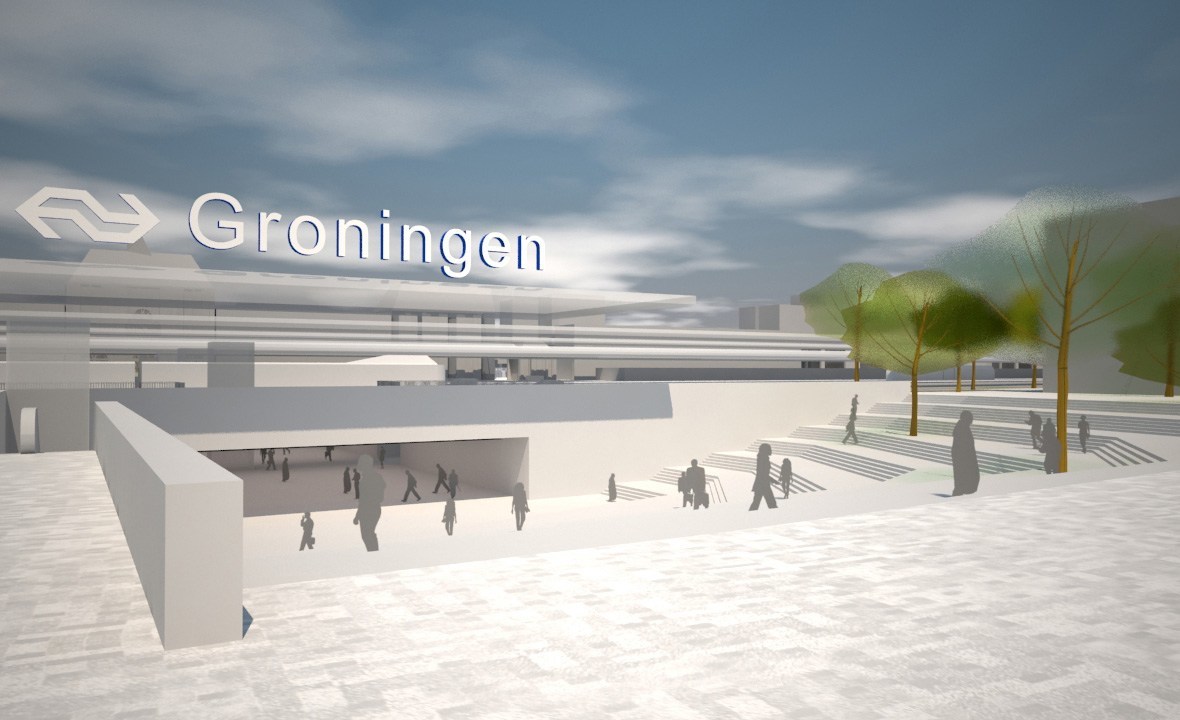 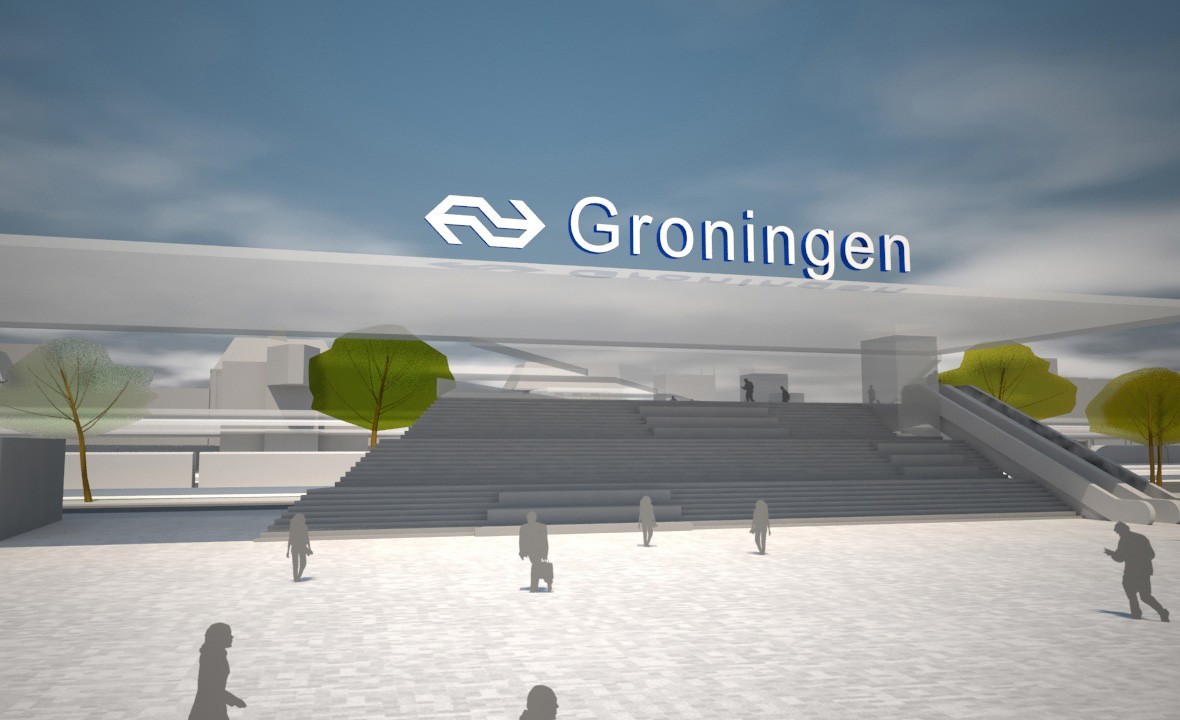 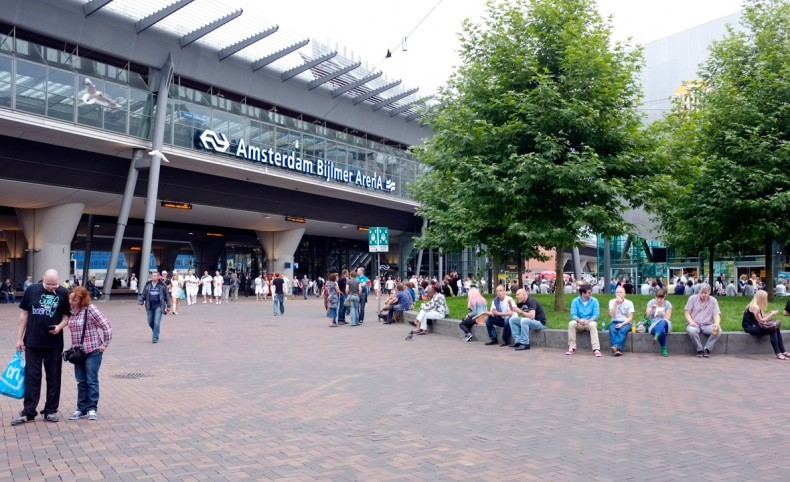 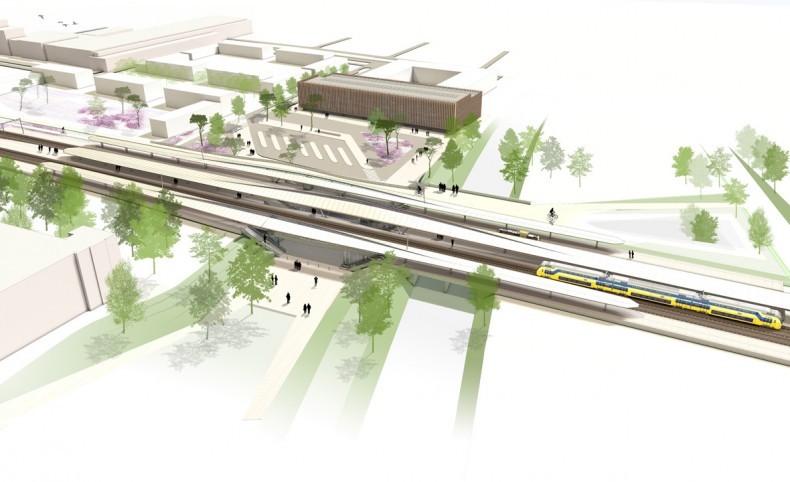