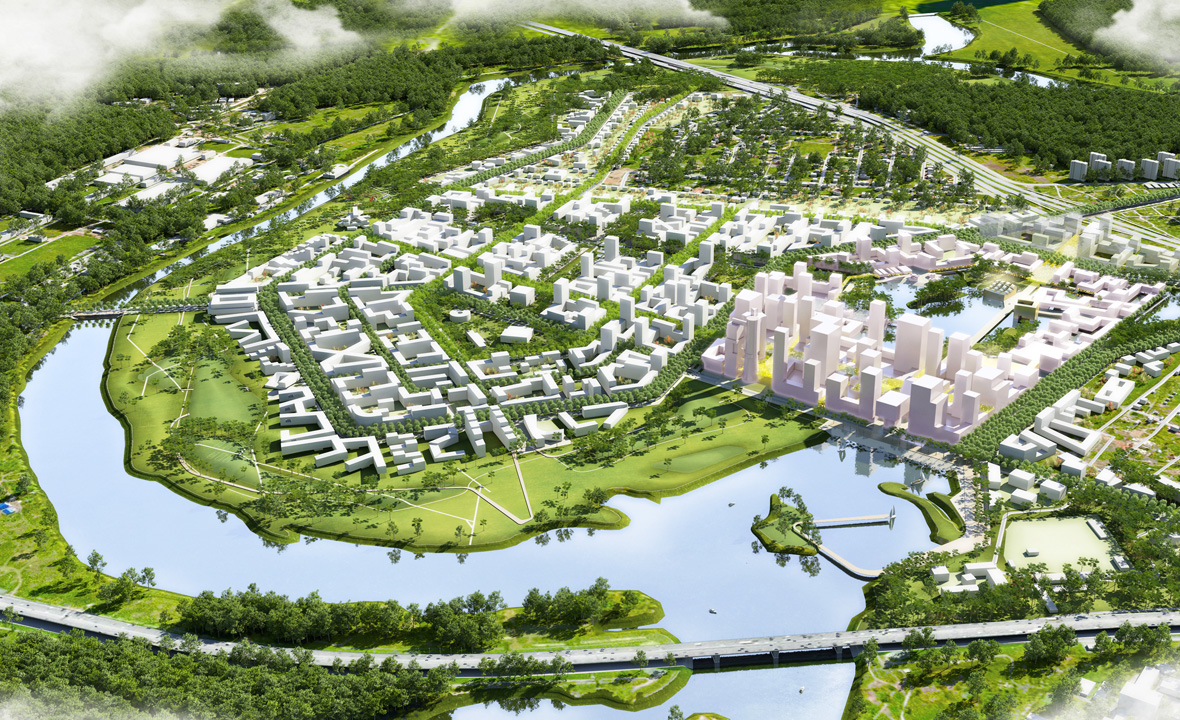 Landscape structure as the heart of the future city

On July 1, 2012, Moscow was officially extended with the Rublyovo-Arkhangelskoye area, which lies west of the metropolis, outside the ring road. This wooded area along the banks of the Moskva River will be developed over the coming decades to become a new International Financial District (IFC), a 460-hectare mixed-use development with international allure. A prestigious competition was held in 2013, in which eight teams from around the world competed. karres+brands is one of three finalists, as part of a broad-based team including KCAP, ArchitectenCie, and Bureau Happold. 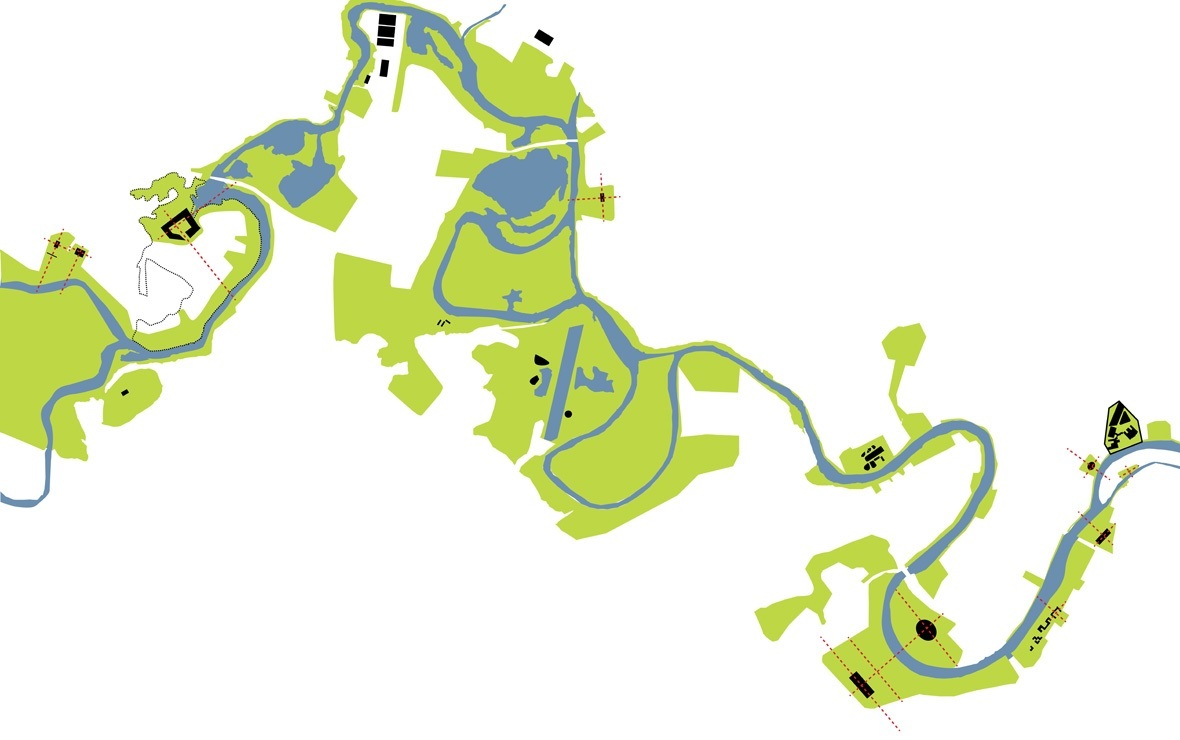 What characterises the joint proposal is the core of the IFC, which will be situated around a lake. This IFCity, nicknamed the ‘Financial Kremlin’, presents itself as a powerful urban ensemble in the landscape of the Moskva River. The area is spatially divided into four distinct areas: The Wharf, Venice Lofts, Wall Street Quarter, and Water Campus, which creates a space for large gatherings and events at the heart of the Kremlin. The area must be an independent city with a spectacular skyline; a city that, in addition to being a business district and an attractive living and working environment, should above all have a standard of living comparable to leading cities like London, New York, and Singapore.The heart of IFCity is surrounded by a landscaped park, within which the other areas can become a mosaic of districts with their own characters. The park structure is essentially a landscaped framework, which will form a network of public space in the future that links the surrounding districts with IFCity and to one another. The framework thus takes into account strategic ‘reservations’ for infrastructure, with future connections and including a sustainable water system. 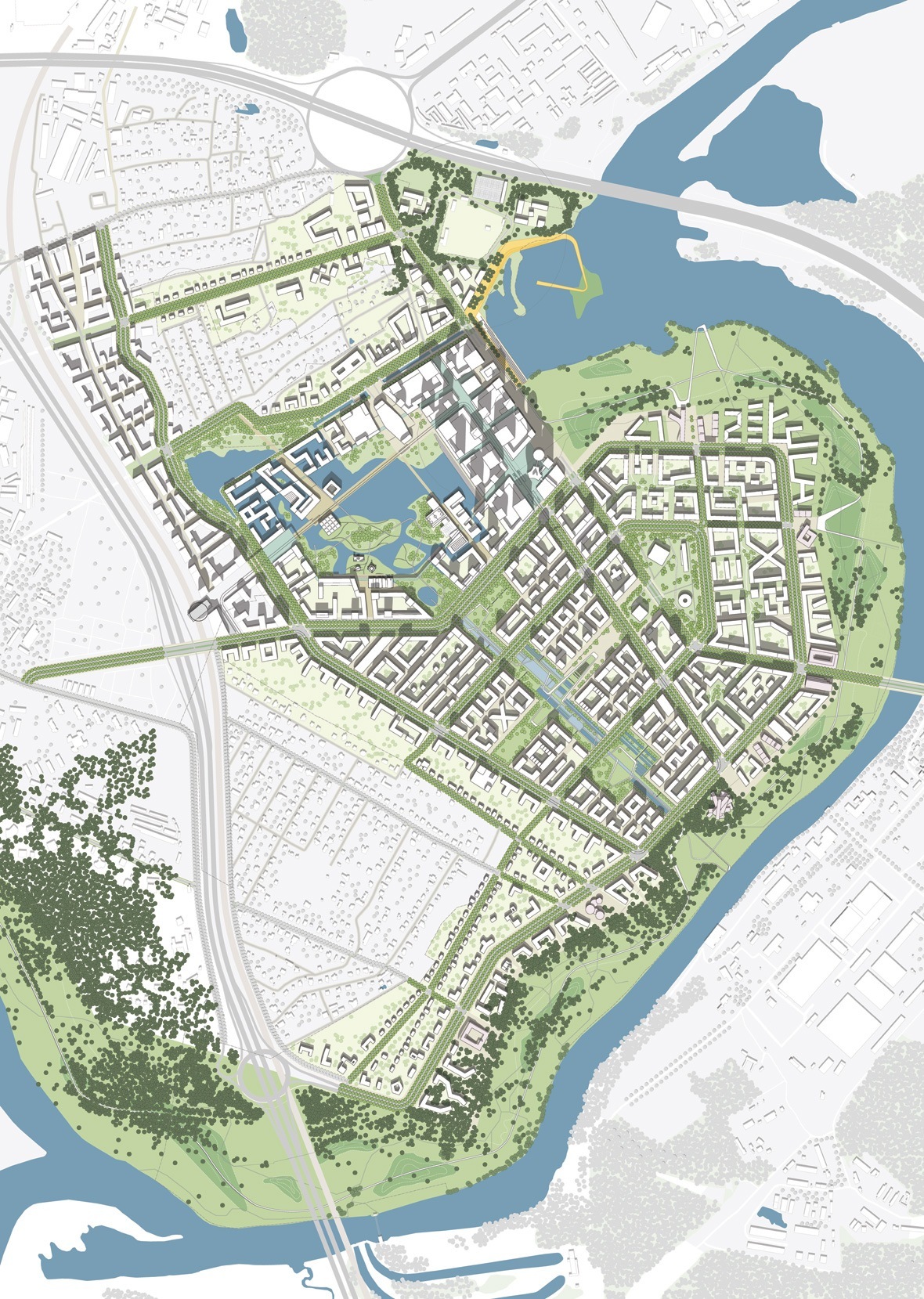 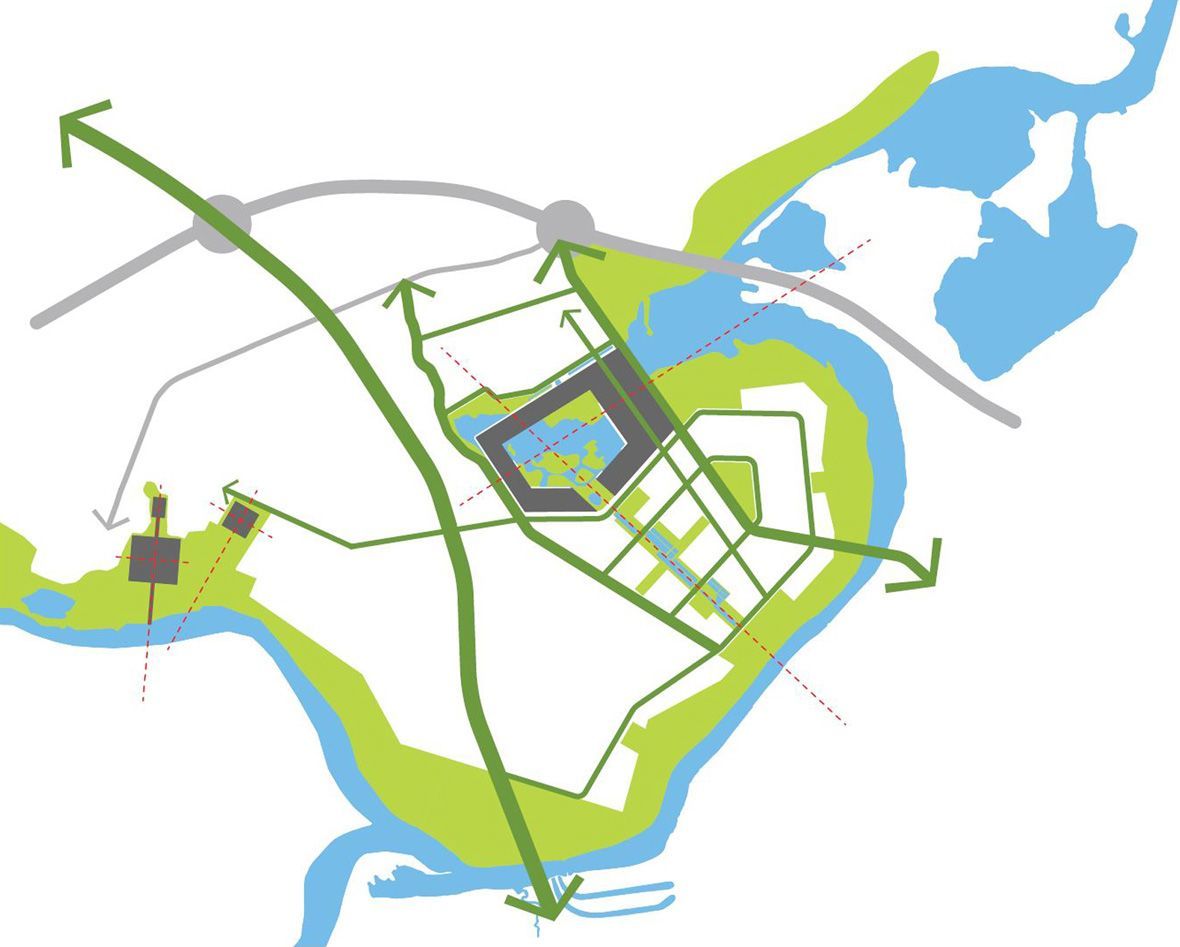 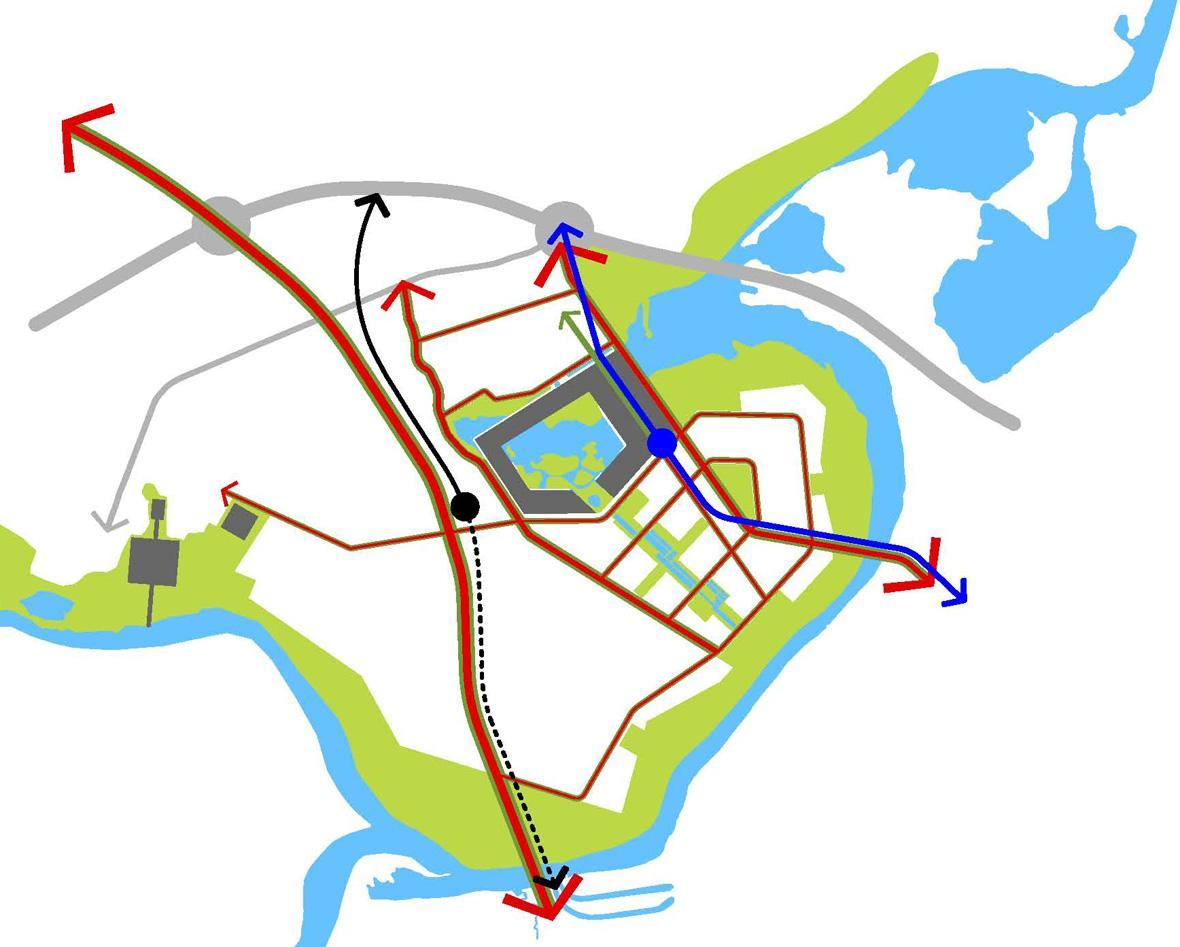 Key elements within this landscaped whole are the Central Park and a backbone of ‘pocket parks’. Central Park is a green space with cultural destinations along Rubelskaya Road, fringed by a mix of luxury homes, office buildings, representative high-end offices, and embassies. The spine is actually a two-kilometre-long green belt inspired by the undulating lines of the Moskva River, which strings together a number of small and large parks. These ‘pocket parks’ connect the Financial Kremlin with the banks of the southerly river and the future heart of the colourful districts. 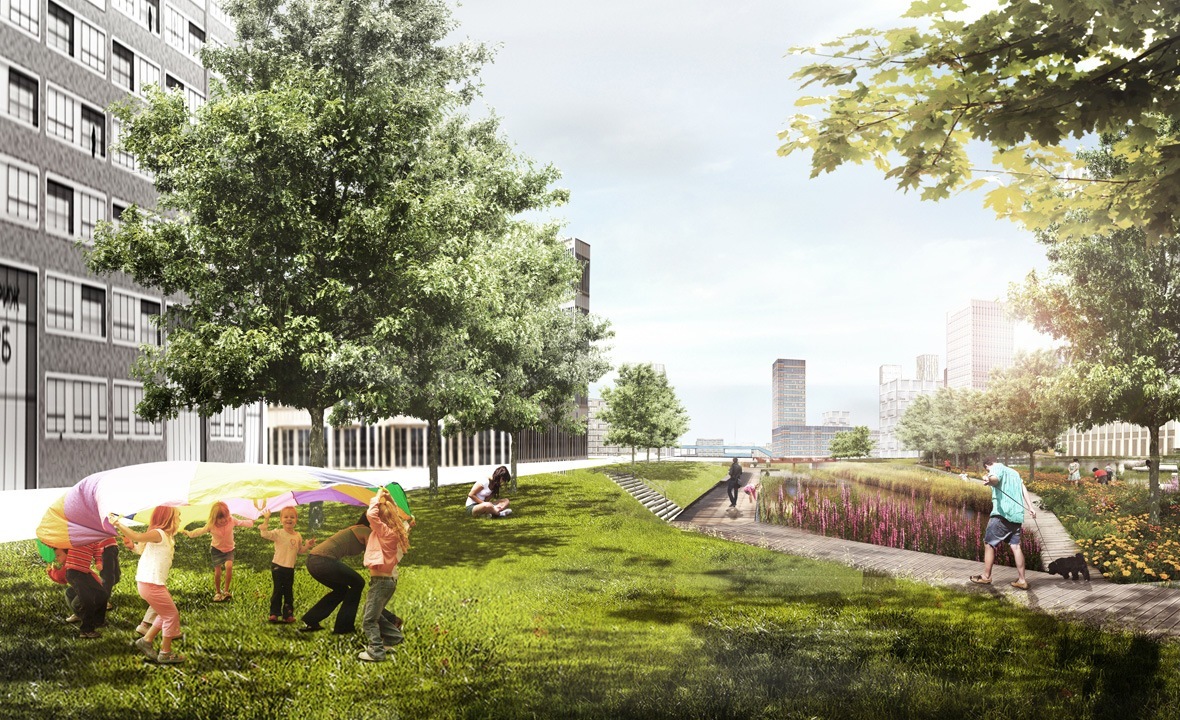 Water is a critical element in the plan. The area is a large overflow channel of the Moskva—dynamic water management is a priority. The design makes it possible to build on significant sections while safeguarding the water storage capacity of the area. The landscaping elements all play a specific role in the hydrological ecosystem, which is perfectly ‘in tune’ with the dynamics of the river. The riverbank park will thereby play a regular role as a floodplain, while the ‘pocket parks’ have a complex water purification function that is connected to the central lake. Via a ‘byspass’ in the green belt, large quantities of water can be retained in the lake—a situation that will occur once every hundred years.

The banks of the Moskva will become an extensive, dynamic, and natural landscape, varying in width and with different ambiences depending on the season. The extensive use of the park on its banks provides a nice contrast to the other, heavily used green spaces. Along this riverbank park, a succession of exclusive residential areas emerges: the varying height and mass of the built-up area creates a dynamic skyline that offers remarkable panoramas and perspectives over the banks, the river, and the rest of Moscow. 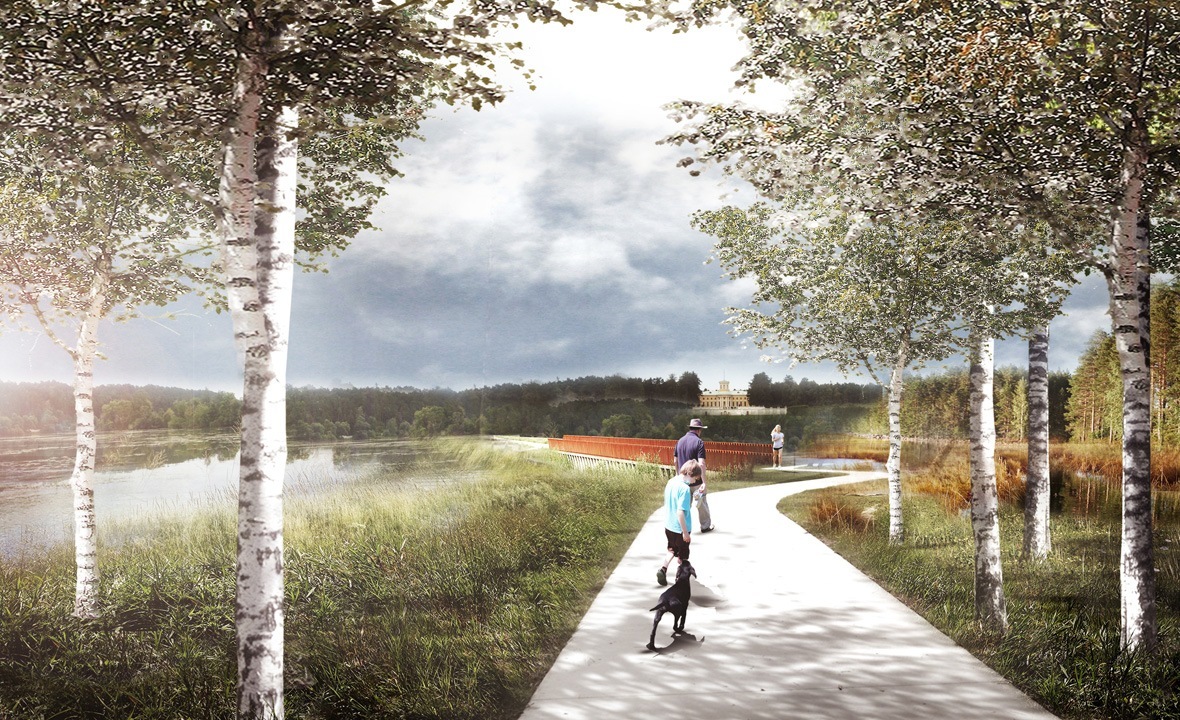 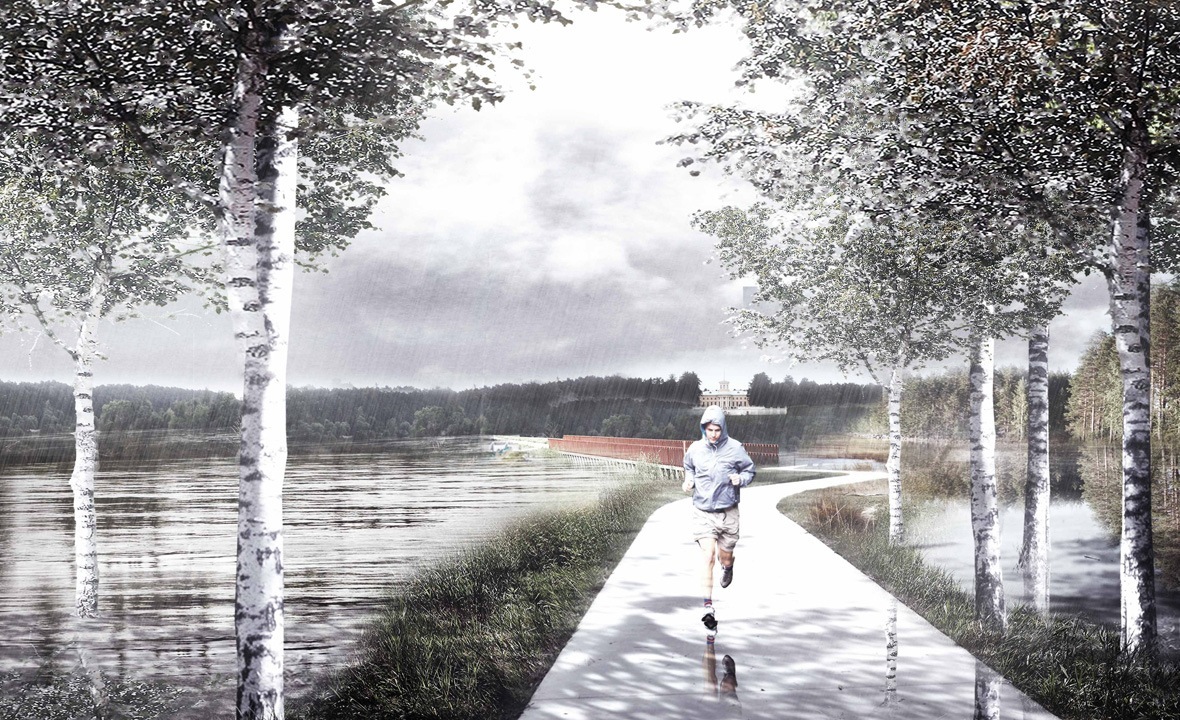 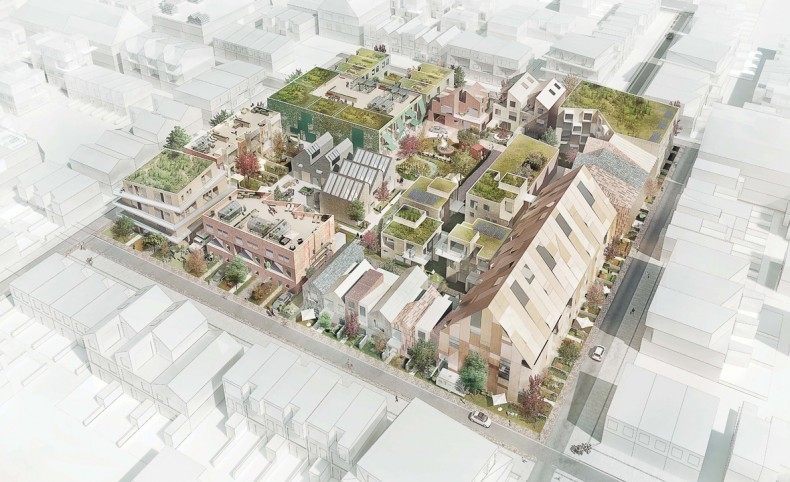 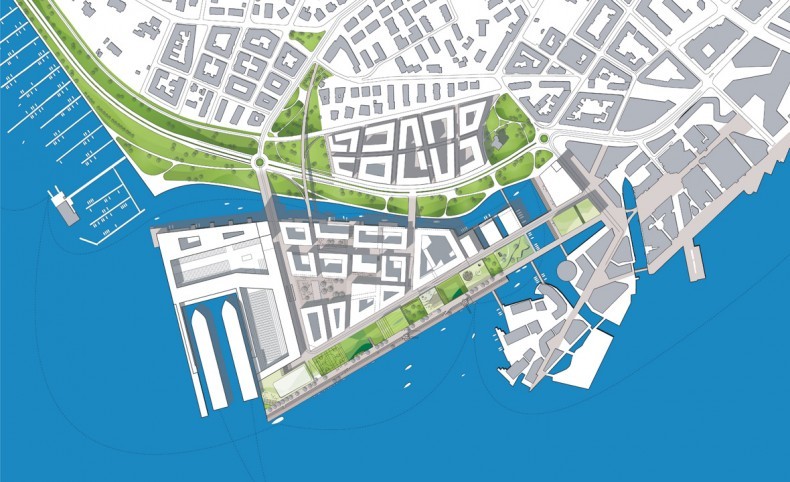