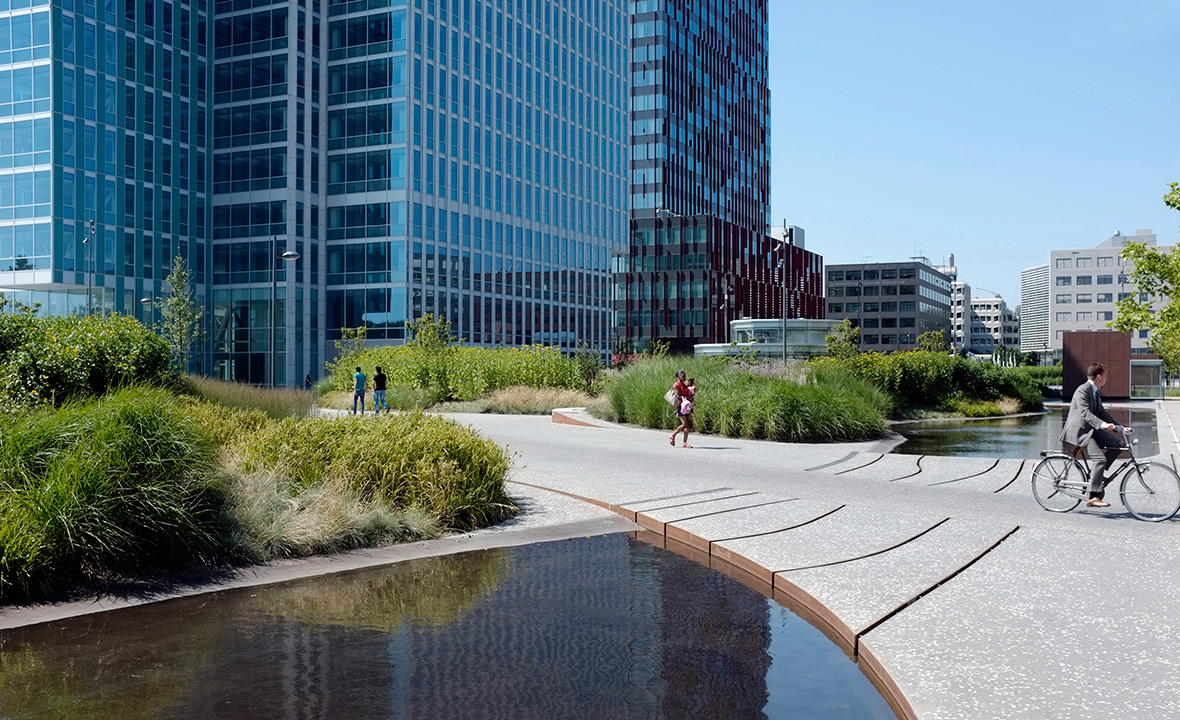 Green oasis on the largest car park in Flevopolder

On the northern edge of the city’s heart, close to the main station of Almere, a new business centre has been realised. Investor EuroCommerce developed three office towers here, the tallest buildings in Flevoland at 120 metres. karres+brands designed the station plaza between the office towers and the station itself, as well as Mandela Park north of the towers. Mandela Park is located between the city centre and a suburban residential area, situated atop two four-storey underground car parks. 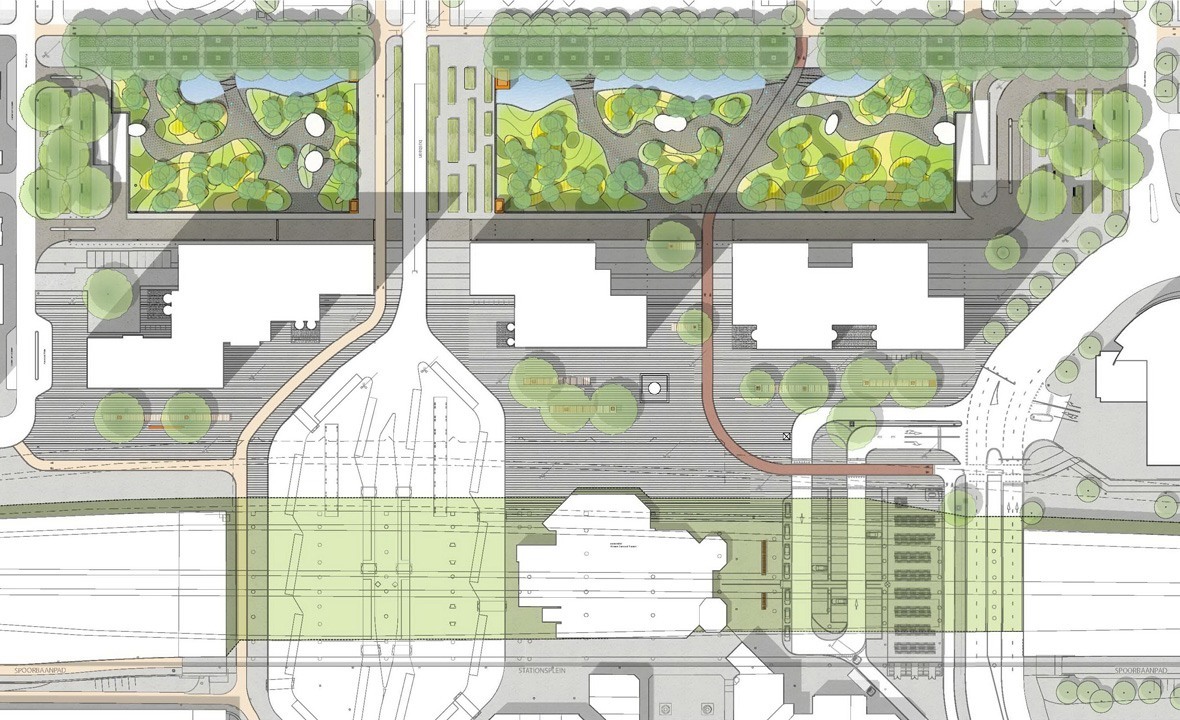 Where landscape architecture is usually a spatial discipline that reveals historic structures in the landscape and interprets for the future, in this project it involved finding the genius loci: the Flevopolder is, after all, an artificial landscape of less than 50 years old. In this completely ‘man-made’ context, the choice was made to create an artificial park landscape. 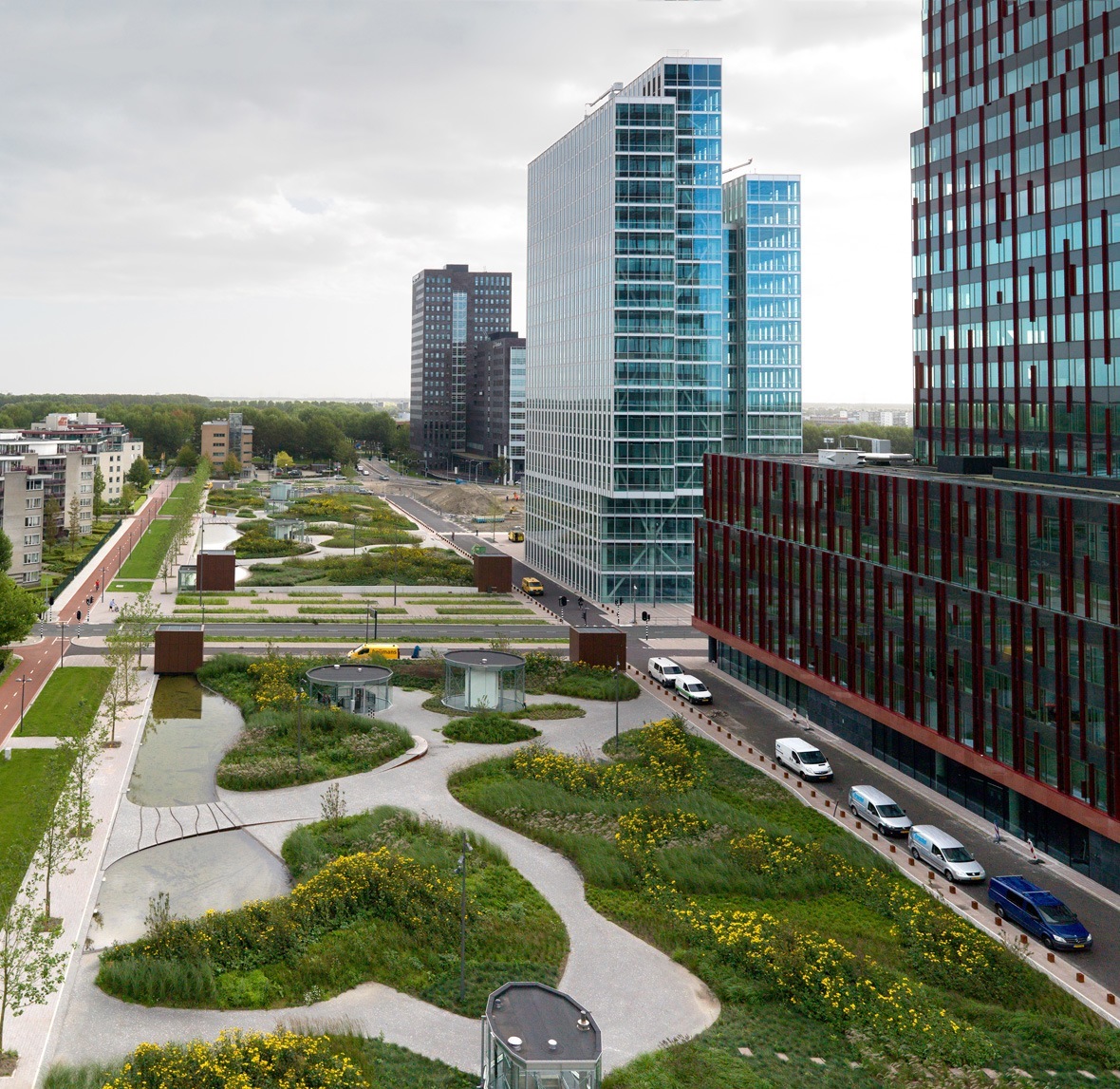 Mandela Park is a green oasis in a highly urban environment; a rolling landscape with water features, ornamental grasses, perennials, and flowering shrubs. More than 200 metres in length, Mandela Park is one of the largest roof parks in the Netherlands. From the towers, the park appears as a green patchwork that changes in colour and composition throughout the seasons. An avenue of mature plane trees provides the spatial and visual boundary of the park. On the park’s northern edge, a 200-metre-long pool makes the scale of the space legible. The paths are implemented in terrazzo asphalt, such that a continuous and seamless surface could be realised. A wide border with rolling shifts in elevation makes the artificial topography legible and provides a clear framework around the park.

The new park thus forms a recognisable transition between the city centre and the adjacent residential areas. The station plaza on the other side of the towers is carried out in the same natural stone that is also used in the city centre. In the zone between park and station, different pavements are intertwined together by means of a bar code pattern. In this way, an optimal adhesion of the two areas is accomplished. 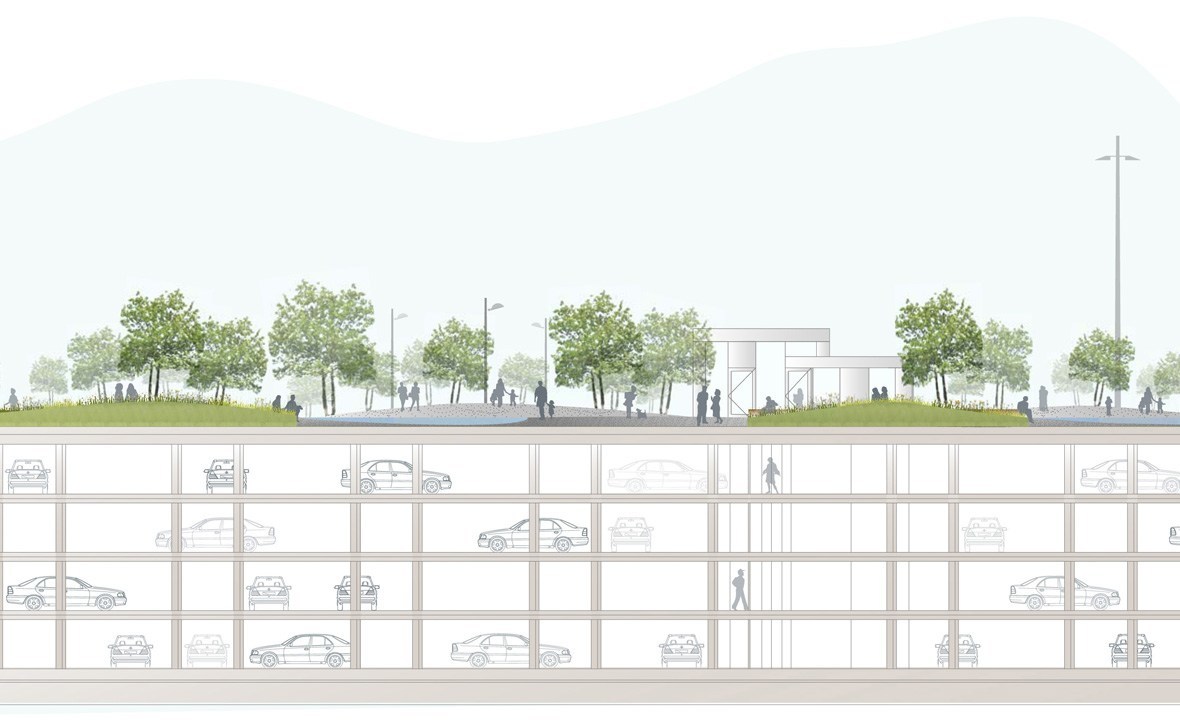 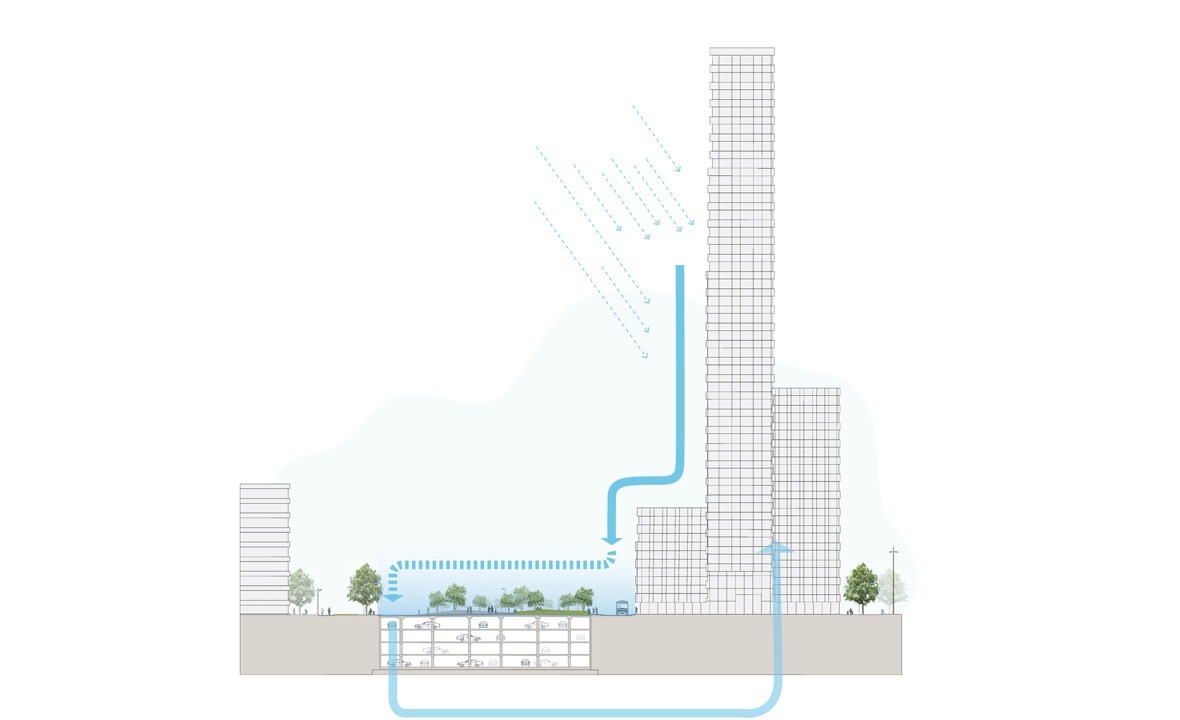 According to the 1994 master plan by OMA, the edge of the youngest city in the Netherlands forms an ‘instant skyline’. With the design of Mandela Park, karres+brands added an ‘instant identity’ to this 100% artificial context. 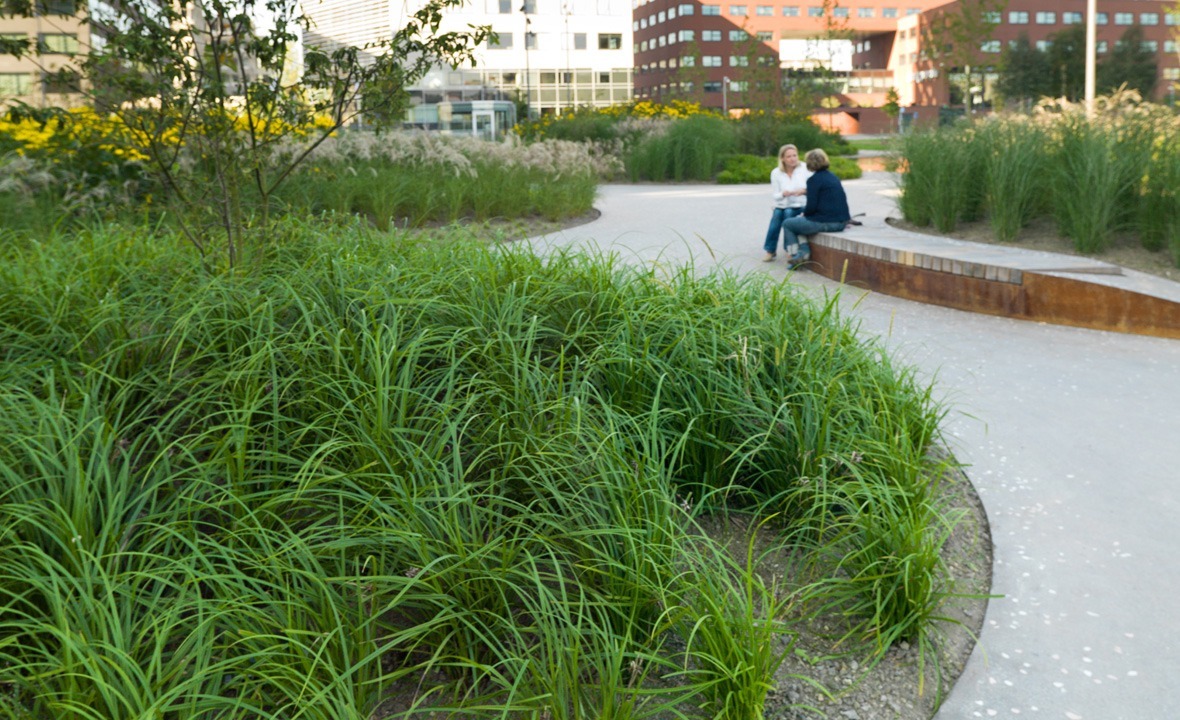 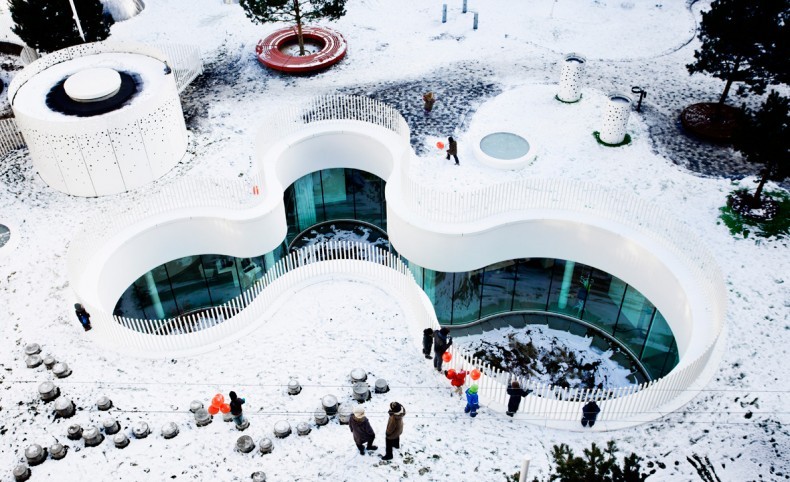 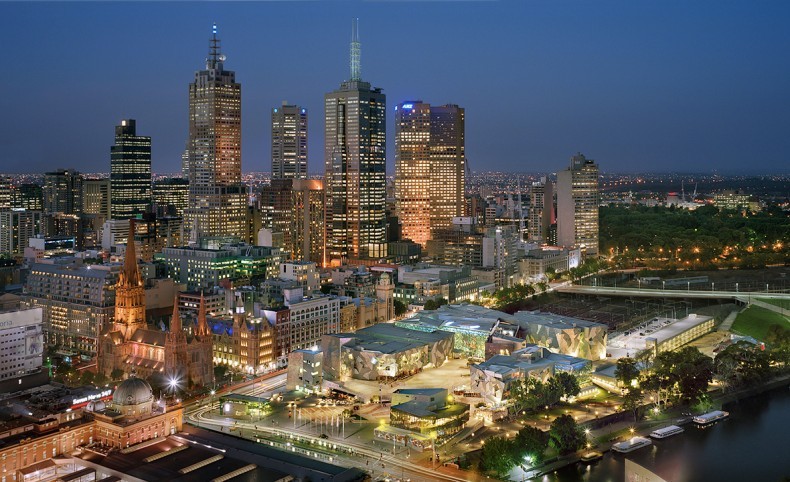 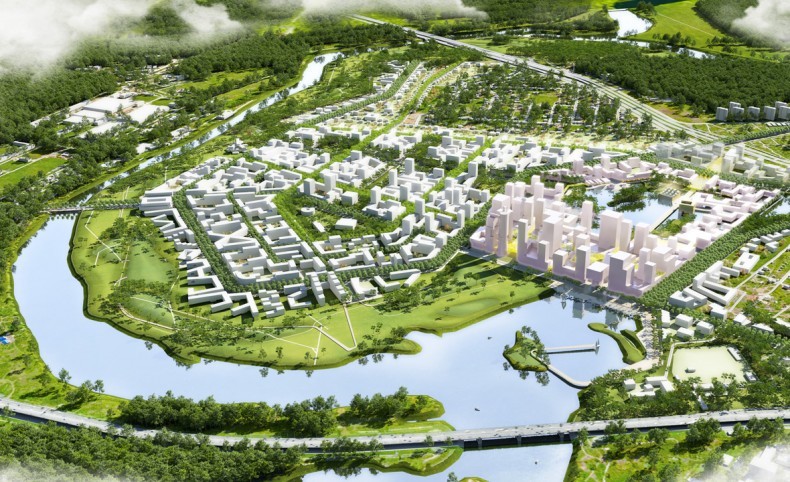