City with an Edge

In collaboration with ADEPT, UiWE, Max Fordham and Orbicon, karres+brands developed a master plan for the harbour island Christiansholm in Copenhagen. The municipality selected a total of seven teams to take part in this ambitious international competition. Christiansholm is one of the last untouched harbour islands. The competition offered a unique opportunity to create a lively district in the heart of Copenhagen with a focus on the harbour’s recreational possibilities.

Originally, Christiansholm was a military site used for years as a paper storage – giving it its famous nickname Papirøen ("Paper Island"). The island was largely closed to the public; however, in recent years, temporary functions transformed it into a popular and lively destination with a combination of street food, creative activity and recreation. All of this on a rugged urban quay, making the island buzz with city life. With this in mind, our proposal focuses on a careful redevelopment, one that both cares for and is inspired by the existing qualities and historical heritage of the place. 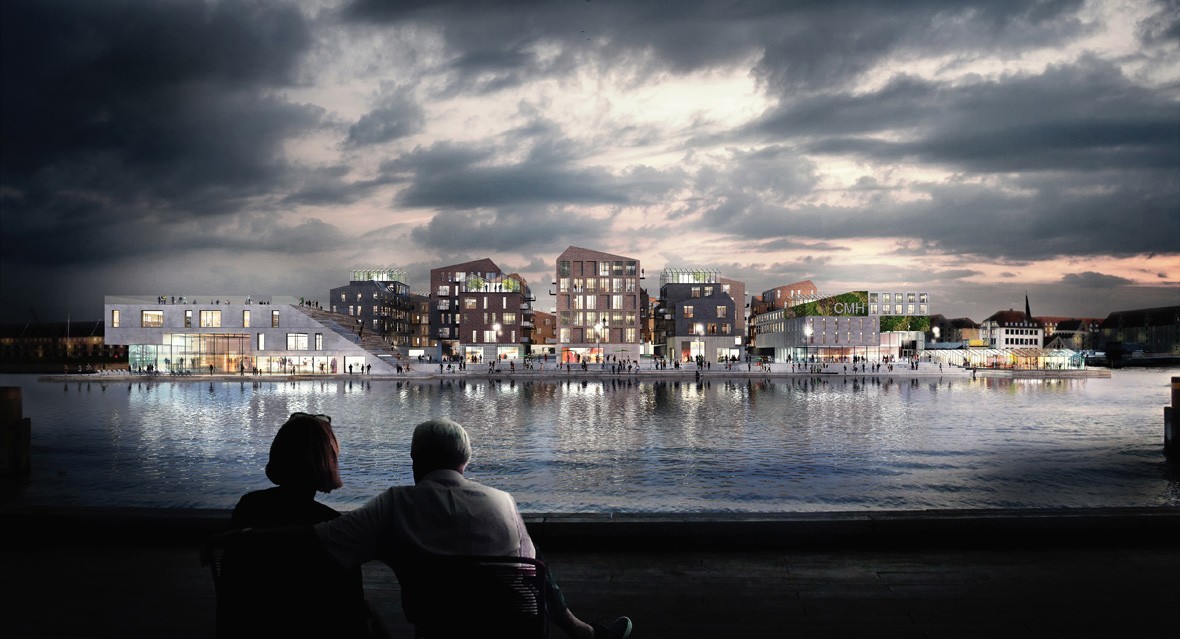 "City with an Edge" is a proposal for a new Copenhagen, lively and diverse, faithful to its history, but also ambitious and experimental - where sustainability is promoted in all aspects. Not only is Christiansholm an anchor point for the Copenhagen port, but also a reference point for Copenhagen that we want to create. City with an Edge brings Christiansholm's edge back to the city, generating a space that offers a new set of possibilities for the familiar, the new and the unexpected. 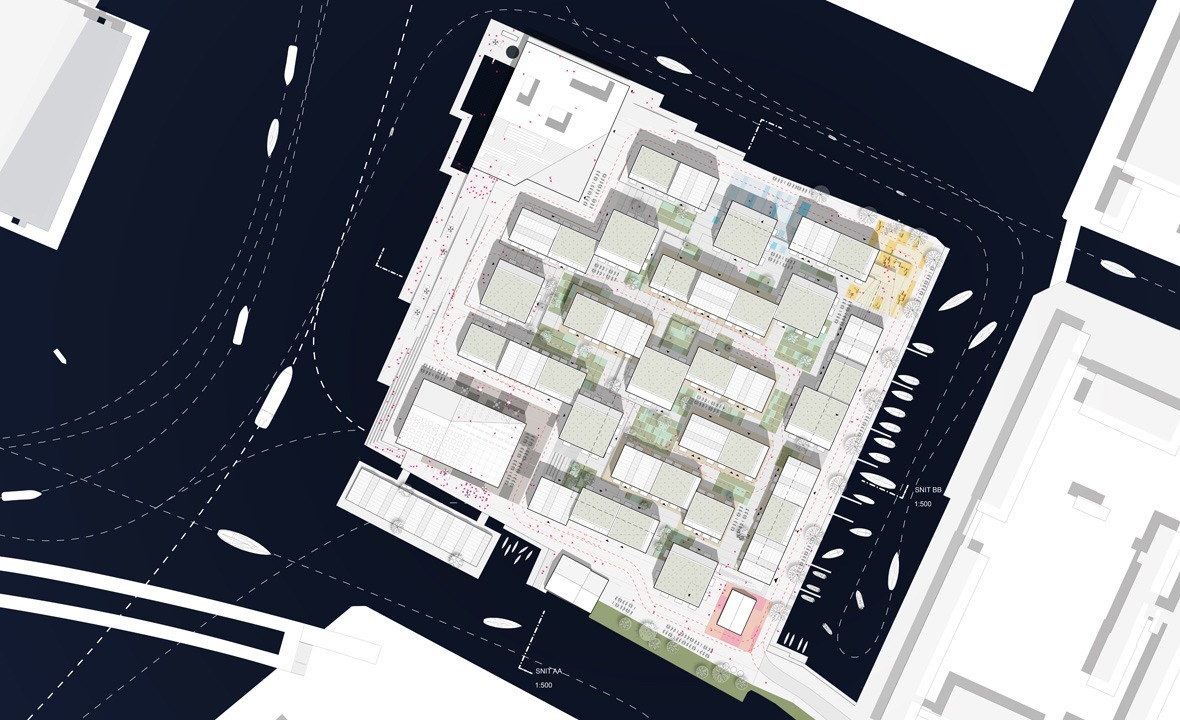 The plan is based on the need to create a fair and generous district in Copenhagen; a district with its own character, rooted in the fabric of the surrounding city in terms of infrastructure, material and atmosphere. City with an Edge has its roots in the classic Copenhagen block, both in terms of typology, architecture and materials as well as in terms of public scale and collective open spaces. The city of Copenhagen is characterised by its relationship with the port. Although the quay is an integral part of the city’s DNA, the city has turned his back on the harbour in recent years. This relationship is revived by addressing the apparent contradiction and by remaining loyal to both the complex context as well as the desire to create something new. 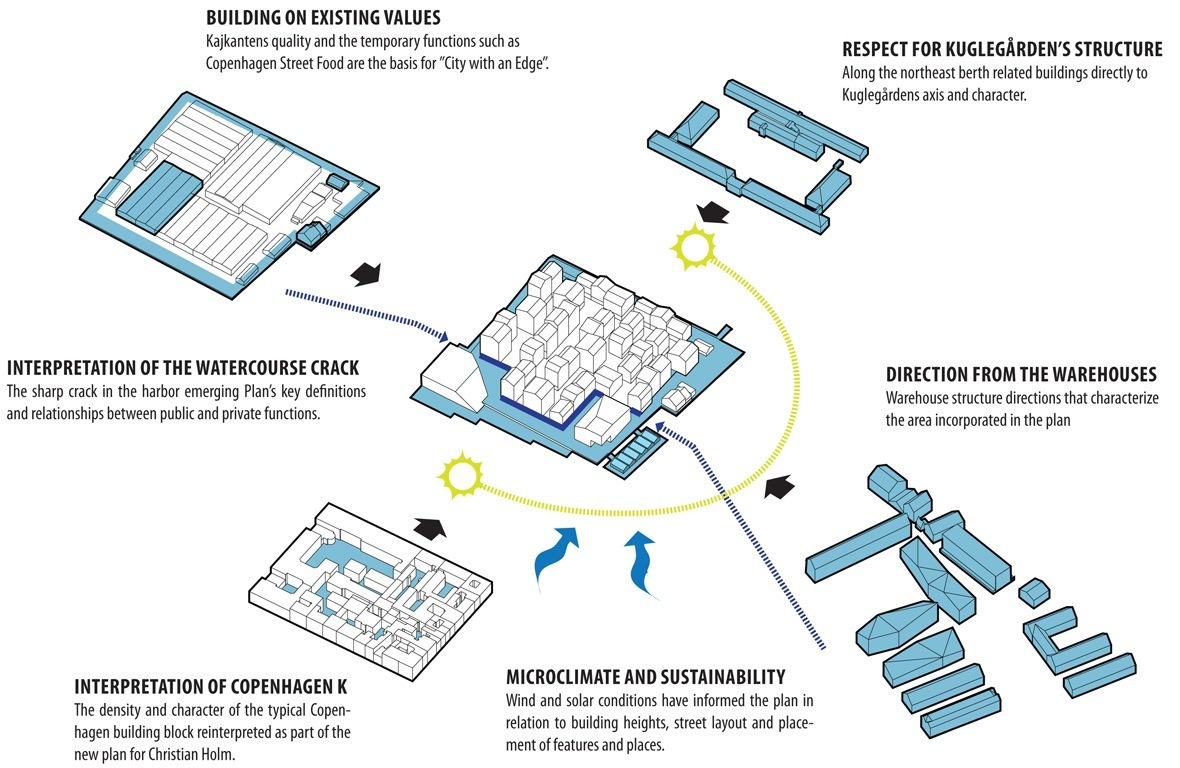 With the urban development strategy, Christiansholm 360, the edges are the connecting element. The edges define a series of interconnected and diverse urban areas along the water. Inspired by the surrounding urban structure, the plan adds routes to the city centre along with the more natural green fortification route, connecting the atmosphere of the raw port with the intimacy of the inner quays. The popular street food stalls are situated on the floating 'food island', and together with the multifunctional market hall and arts centre, they form one of the main anchors of public life. In contrast, along the main quay, the swimming pool’s roof is turned toward the sun and serves as an extension of the public space.

The entrance to Christiansholm is marked by the maintained building "Den Plettede Gris". Towards the main shore, the space opens with expansive ramps and accessible stairs. Not only do these edges serve as both terraces and meeting places for the district, they also transform the shoreline into stands along the water. A series of gathering spaces provide intimacy, while the sight relationship with the water is retained. Like a carpet in a living room, the materials and landscaping add personality to any open space. In addition, they provide further ramification of the structure to a human scale, while the spaces remain anchored in the rawness of the port. 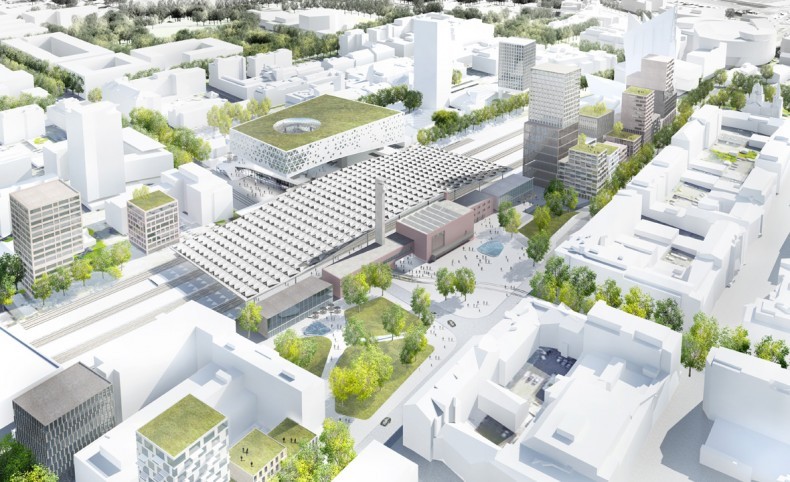