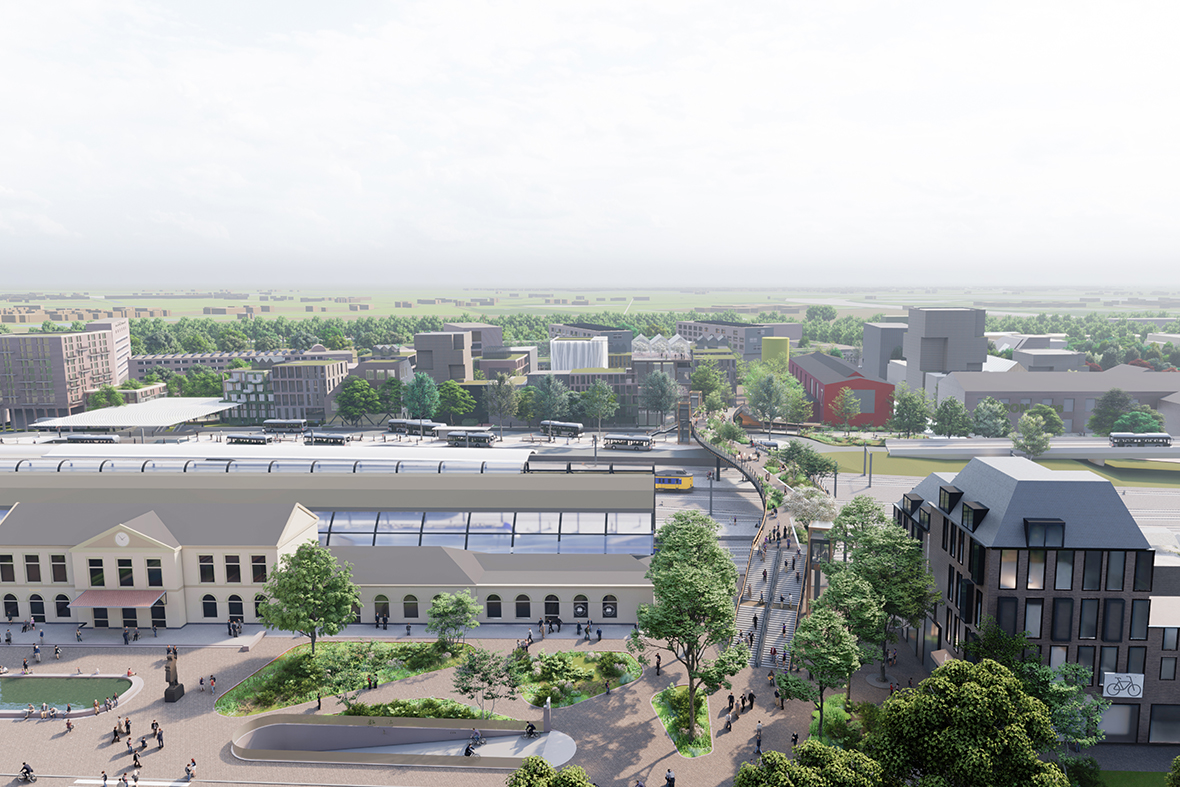 The Zwolle train station is the most important railway junction in the northeastern Netherlands. Together with the 24-stop bus station, the station is the main hub of the regional public transport network. Located between Hanzeland and the city centre, the station acts as a pivotal point in Zwolle’s spatial-economic development. A new footbridge, known as the Passerelle Zwolle, will remove the barrier created by the railway and help drive further development in the adjoining Zuid district.

Having previously submitted a development perspective for the area, Karres and Brands together with the municipality of Zwolle, Prorail, IPV Delft and Mibach was asked to further elaborate the footbridge. The design prioritizes how the people of Zwolle, visitors, and travellers use and experience the bridge. Its strength lies in the space on top of the footbridge, as a pinnacle of streets of the city. The dynamic shape, which is over 127 metres long and 10 metres wide, enhances this special experience. 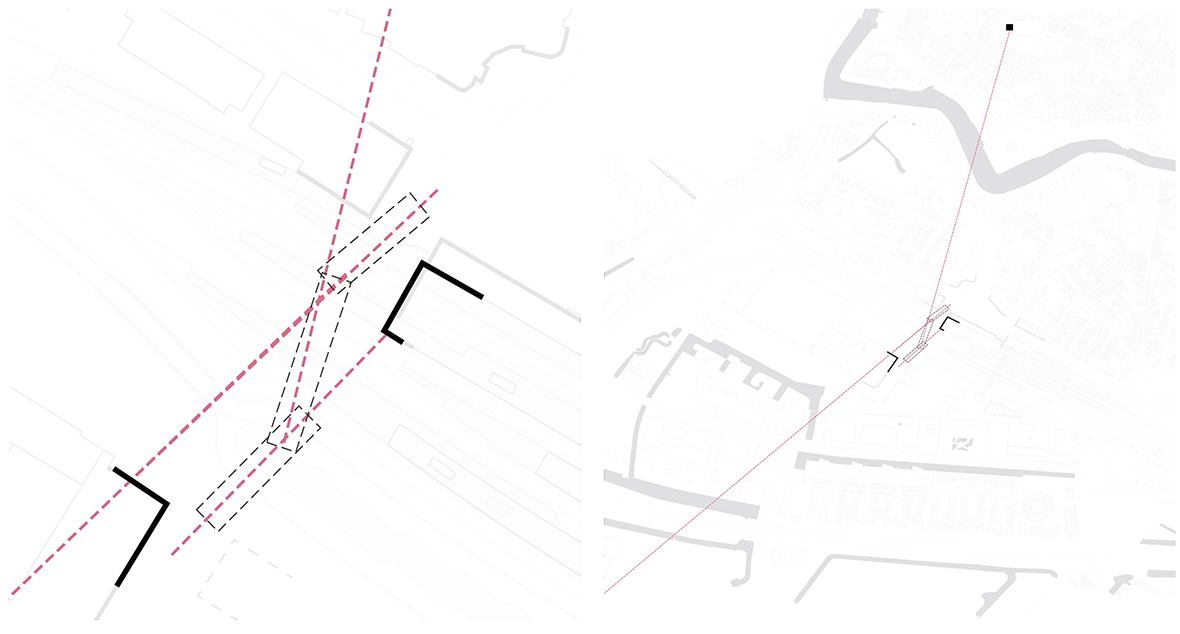 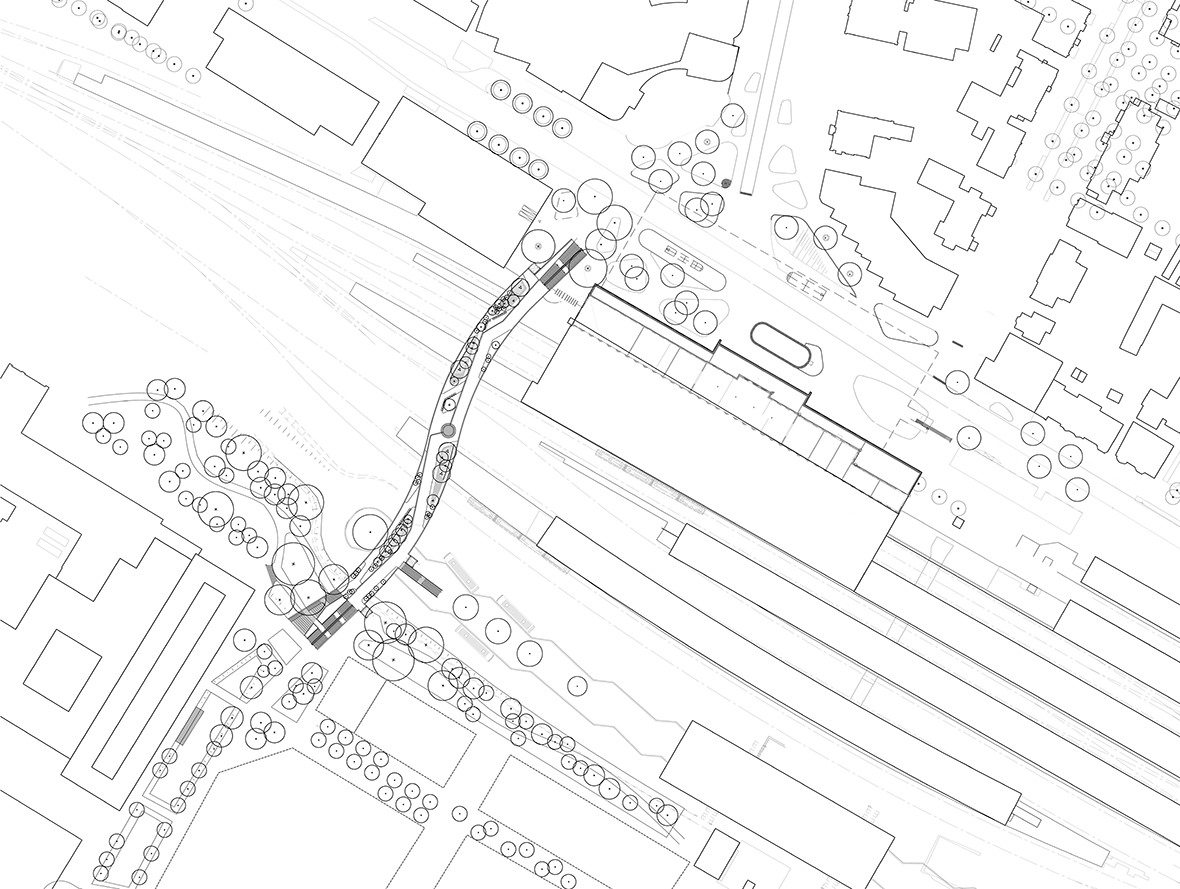 The special footbridge will link the old city centre and the Spoorzone (railway track zone) area, the renovated area on the other side of the railway track where many development projects are being carried out. It is an important driver for the development taking place in the Spoorzone area. In essence, the footbridge unites two worlds. The first is the 19th-century city with canals and a park-like Stationsplein square complete with monumental trees. The second is on the south side of the station, where a new district is being developed with businesses, education, culture and, in the future, more housing. With this new link, visitors can go from one side of the city centre to the other. 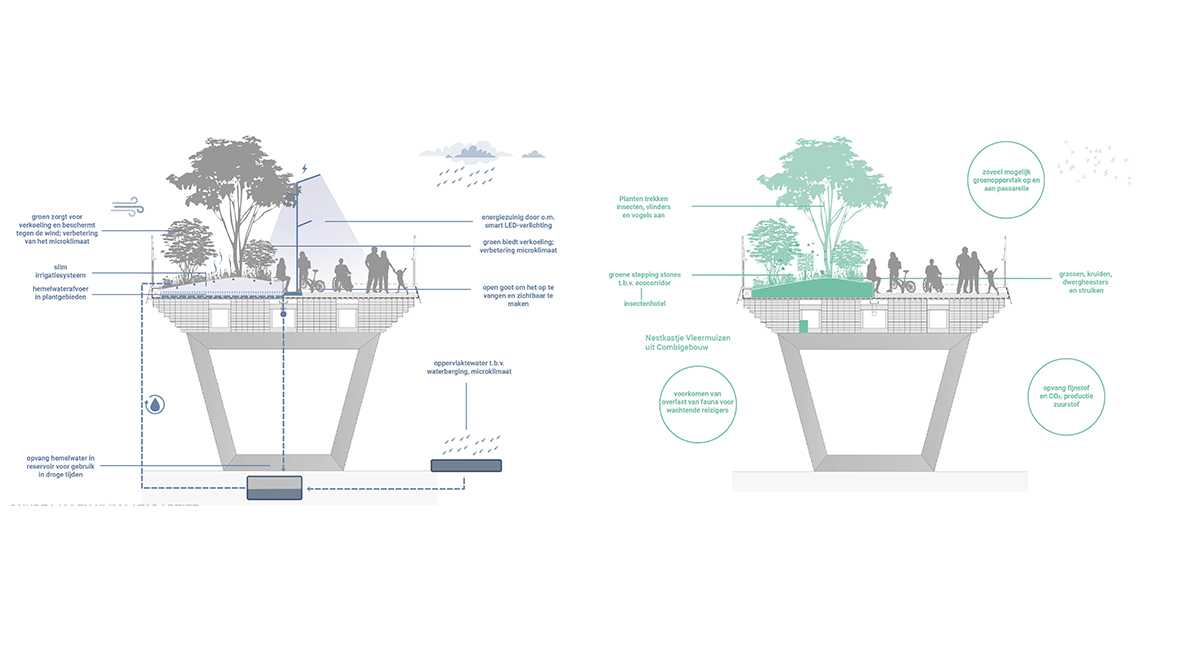 The footbridge will resemble a raised street with lots of greenery such as trees, bushes, and water. It will be a lovely place to stay. The base of the bridge is wood. Concrete is only used for the foundation. This gives the footbridge a sustainable, warm, and friendly appearance. Water has an important role as part of the footbridge. This is both for the experience and for the plants. For example, excess rainwater drains away via a special gutter which is partially visible, and a special waterwork will be installed at the highest point of the bridge.

The building next to the station building is scheduled to be demolished in December 2022. The stairs to the bridge will be built at this location (on the North side of the station). The construction of the footbridge can then begin in 2023. 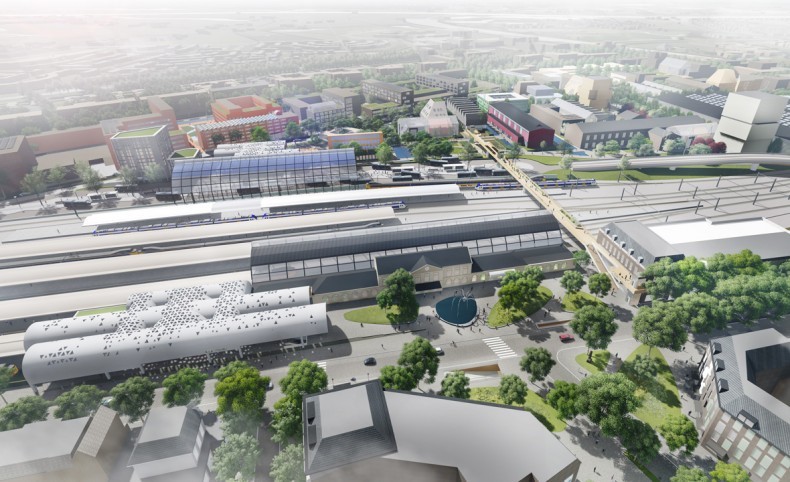 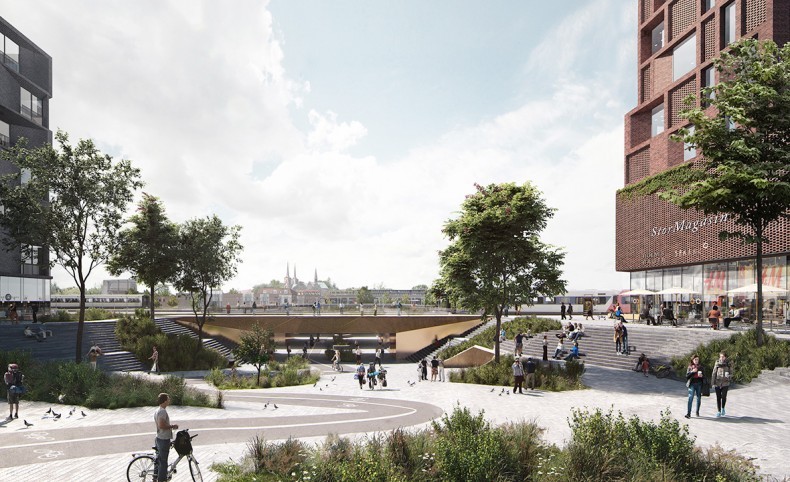