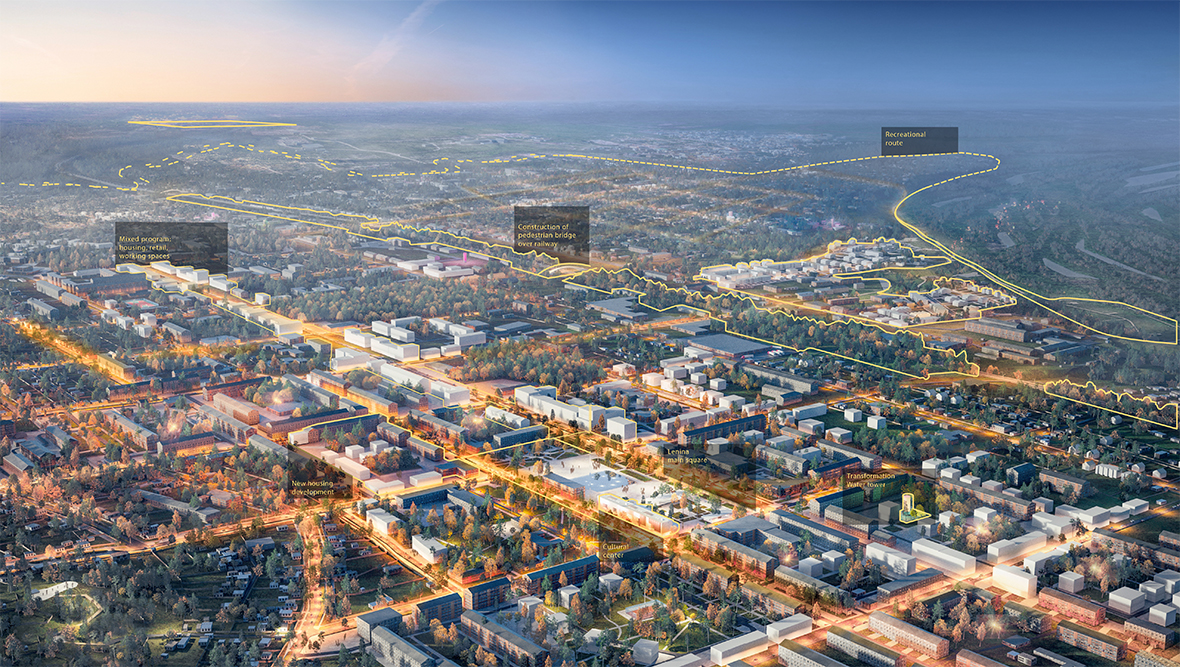 In collaboration with STRELKA KB, Karres en Brands has developed a regenerative strategy for the city Svobodny, in the Amur region, Russia. Svobodny, a formerly booming mining city, with worn-down and insufficient public infrastructure, expects rapid growth of the economy and an increase in population. This presents special challenges and opportunities for the city.

The complexity of the assignment, concerning both social, spatial, economic and technical challenges, has required a broad research and interdisciplinary working process. Guided by 7 vision points and through a holistic and robust landscape-based approach, the strategy aims to regenerate the city, responding to the many existing layers of the city and the unique qualities of its surrounding landscape. 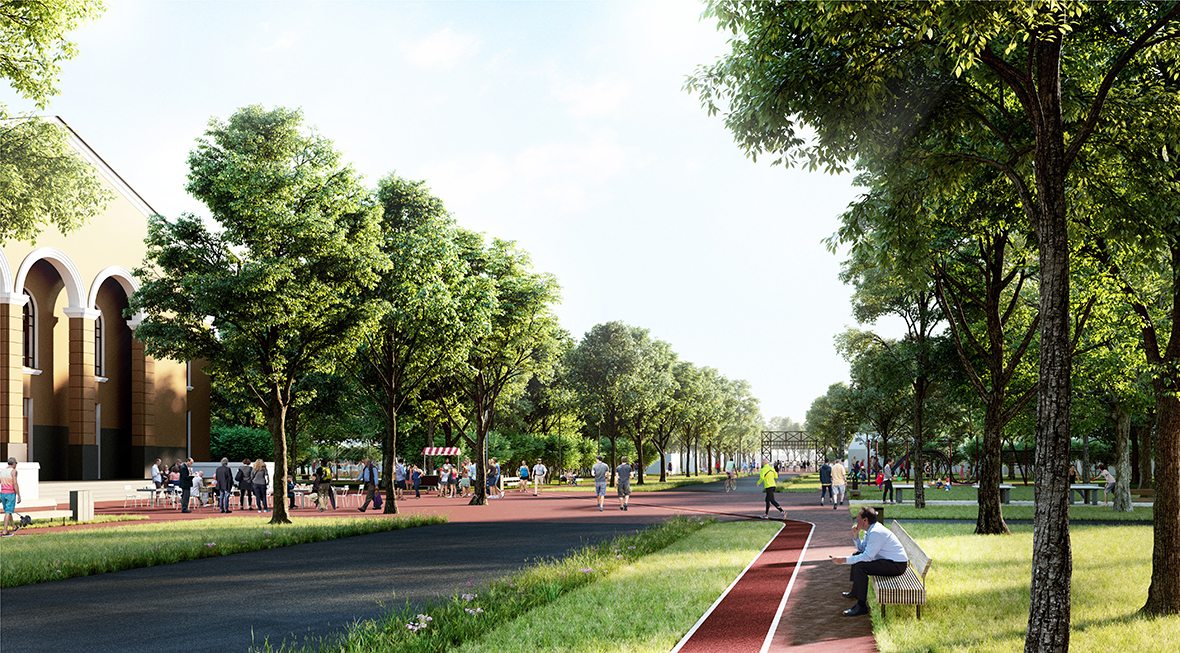 The city of Svobodny is located on 3 terraces at the edge between the Zeya river and the hills, north of the city. Today the great natural assets surrounding the city are both mentally and physically disconnected, hidden, inaccessible, and polluted with trash. The main aim of the green city vision is to develop the city with a stronger relation to its natural resources, making it more attractive and locally embedded in its context. By restoring and reconnecting existing green spaces in and around the city, and adding a new hierarchy of green spaces, recreative qualities are brought directly to the front-door of the residents, improving both ecology and improving everyday life in the city. 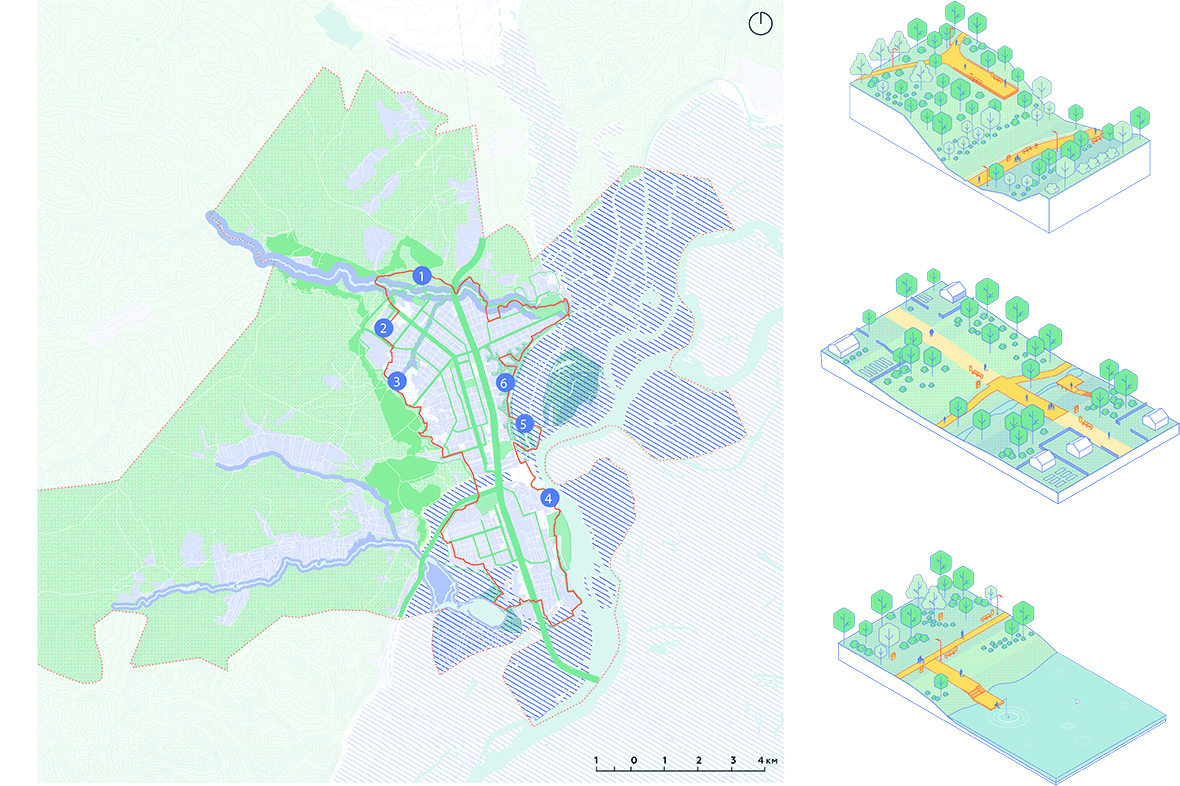 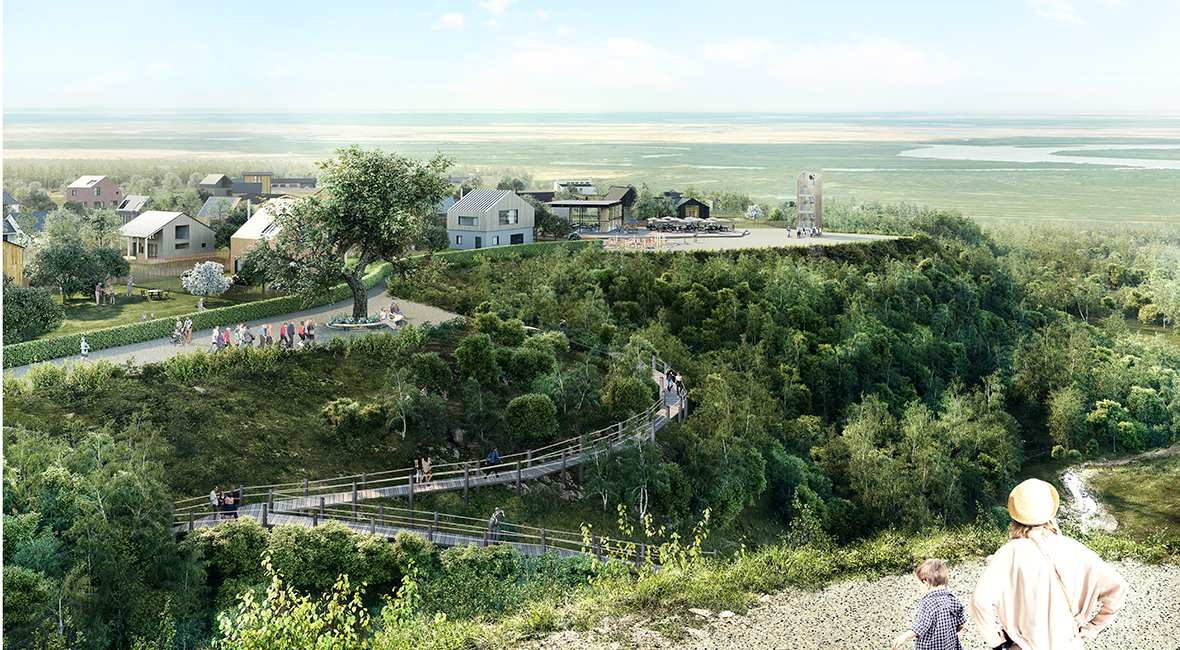 A recreational route based on existing infrastructure such as historical water towers, connects the different destinations around the city, and highlights the unique landscape features of the area. Guided by signage, local interventions, and a virtual platform, the route puts Svobodny on the regional map, as an attractive destination for both tourists and local residents. 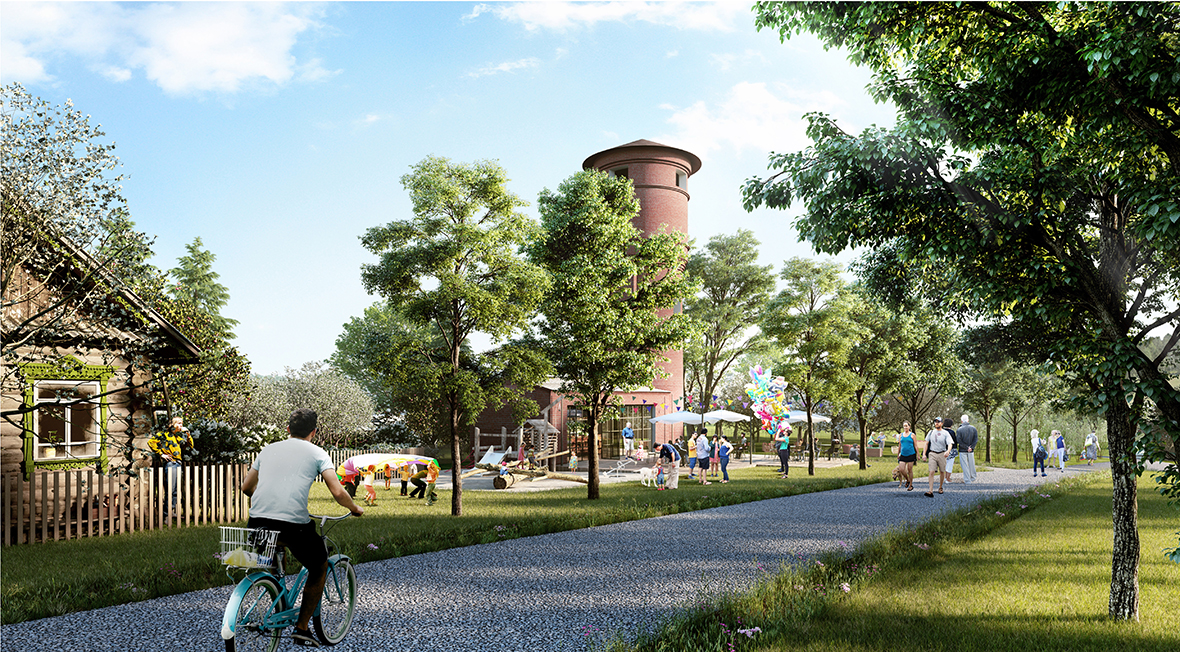 The framework of public spaces is an important part of creating a cohesive, active, culturally rich and safe city. Svobodny has a large group of active citizens who are part of contributing to a wide range of city events and festivals during the year. However, these events are not well supported by the public spaces in the city, and the network of public spaces is fragmented, unequally distributed and lacks identity. By identifying meeting points at different scales, historical objects, valuable cultural programs and provision
of amenities, a strong hierarchy is reintroduced, and the local character of each living district is strengthened. 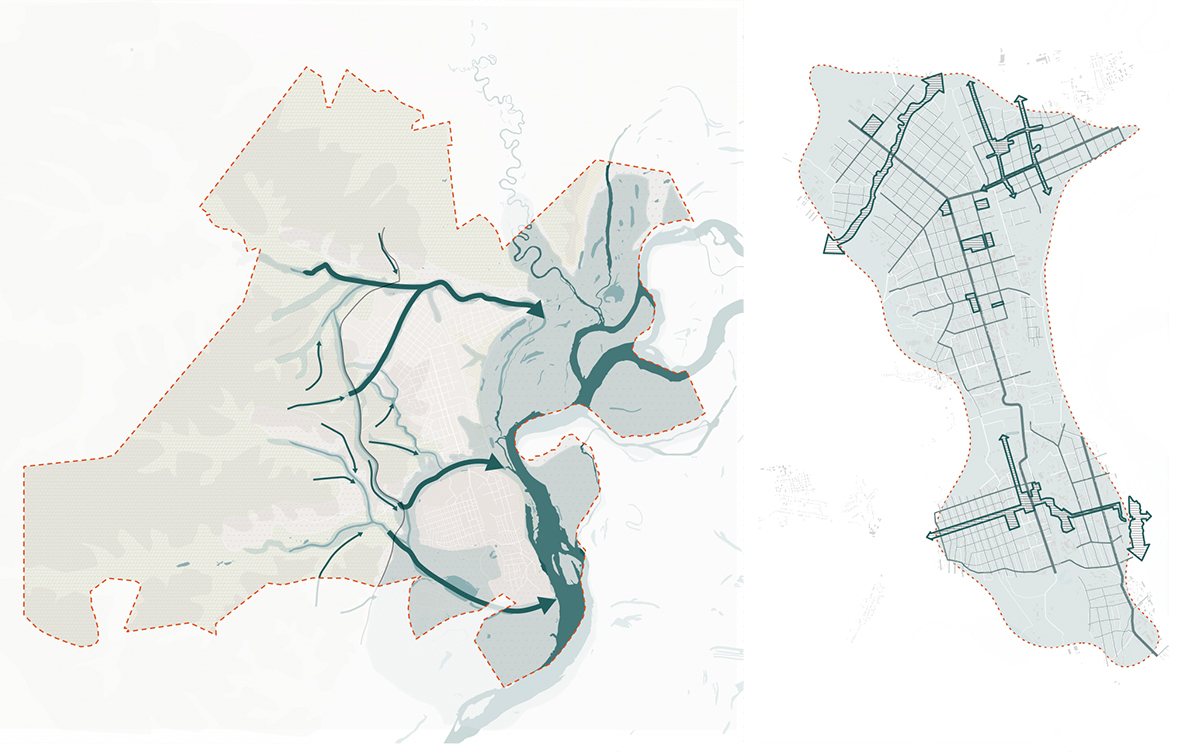 The current water system is not properly developed to manage run-off water from the hills, heavy-rainfall and flooding incidents. As part of the green strategy,simple interventions upgrade the existing water system, making the city more antifragile, by preventing flooding, erosion of road surfaces and minimizing pollution in natural systems.

The streets in Svobodny are currently in a poor condition. Many roads are without paving, leaving the dirt roads open to erosion and worsening dust and dirt pollution. This creates an uncomfortable microclimate, limiting activities and impacting health in the urban spaces. Furthermore, the organisation of the street profiles and an under equipment and low-service level for the public transport system makes travel for pedestrians and cyclists inconvenient and uncomfortable.

Through the establishment of a street hierarchy, major repairs and reconstruction is given priority and at the same time, used as a tool to resolve microclimatic challenges such as climate comfort, pollution/dust/trash, wayfinding and stormwater management. Additional pedestrian crossings and renovation of existing elevated bridges are suggested across the rail to improve connectivity, hereby ensuring a higher level of connectivity and providing more sustainable and healthy options for transport in Svobodny. 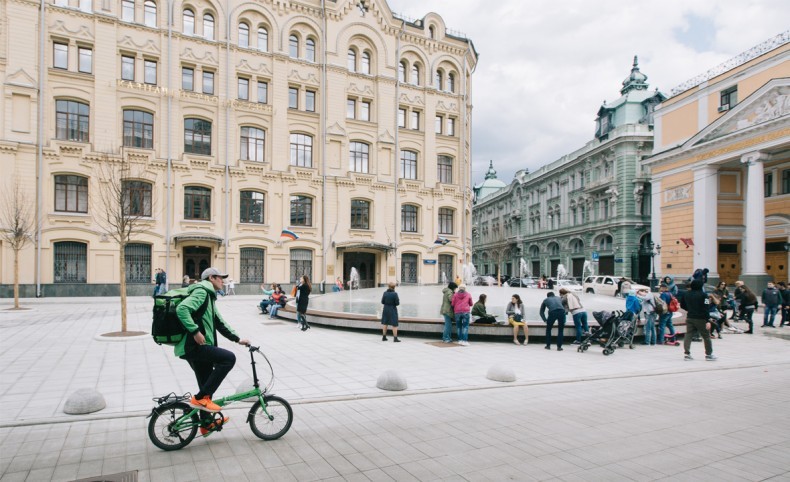 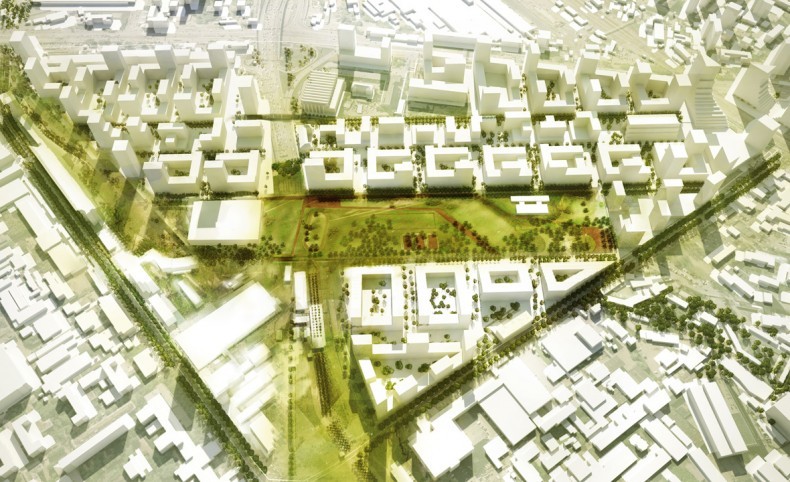