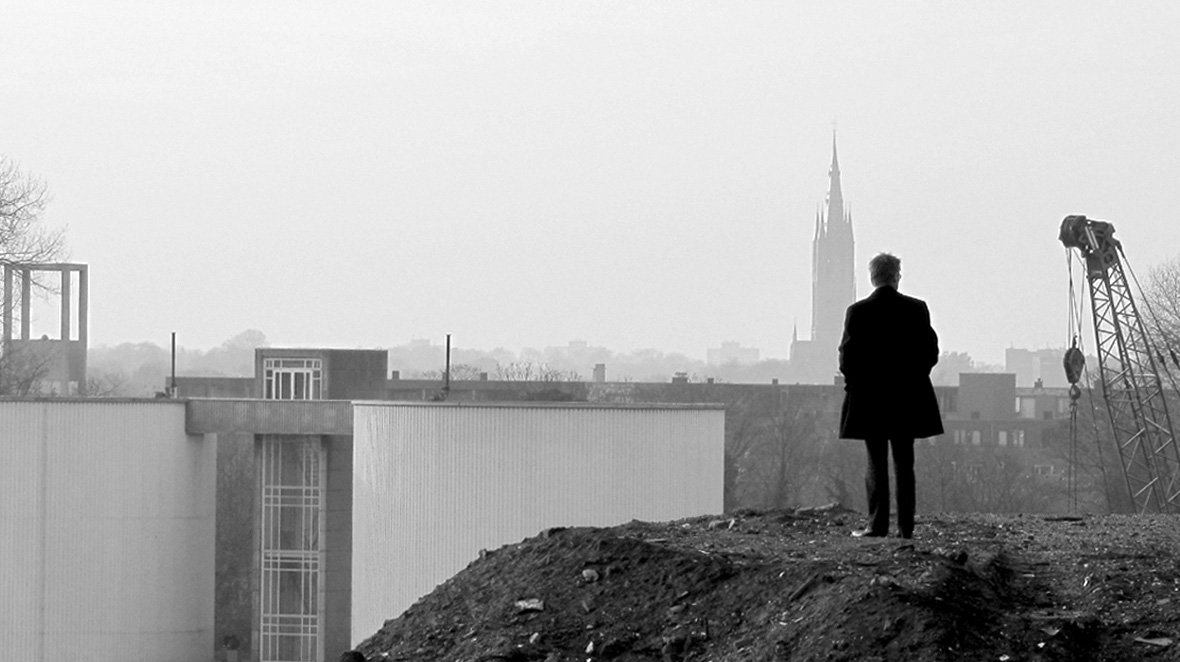 Bart Brands (1962) studied landscape architecture at the Rijks Hogere School voor Tuin- en Landschapsinrichting (State College of Gardening and Landscaping) in Boskoop and, thereafter, a few years of urbanism at the Academy of Architecture in Amsterdam. After an inspiring start working for the municipality of The Hague, he worked at Bureau Bakker and Bleeker (now B+B) from 1991 to 1996 and then, in 1997, founded the office of Karres en Brands landscape architects together with Sylvia Karres. Bart is director and co-owner of Karres en Brands.

Bart is the creative force behind many of the plans of Karres en Brands, and is unmatched in his ability to generate ideas and instil enthusiasm in clients and colleagues alike. He played a major role, for instance, in the design of Federation Square in Melbourne (AU), Købmagergade in Copenhagen (DK), Nærheden in Hedehusene (DK), De Nieuwe Ooster cemetery in Amsterdam, the feasibility study for Cross River Park in London (UK) and, more recently, the development of the masterplan for Oberbillwerder in Hamburg (DE).

In recent years, he has worked primarily in the field of university sites and campuses, including the transformation of the Randwick Academic Health Science Centre Sydney, the Delft University of Technology and Science Park Amsterdam. For the latter, he devised the urban plan together with KCAP, and acted as supervisor of the project for several years. At present, Bart is supervisor of the TU Delft campus and Science Park Amsterdam.

Bart was a visiting lecturer at, amongst others, the TU Berlin, ETH Zurich, Academy of Architecture (Amsterdam/ Rotterdam), Utrecht School of the Arts, Fuse Öresund Talk, Malmö, the International Landscape Master, Milan, TU Dresden, University of Edinburgh, University of New South Wales, Sydney and University of California, Berkeley. He was also a member of the Beirat Tempelhof, an advisory committee for the development of the former Tempelhof Airport in Berlin and adjunct professor at the RMIT University in Melbourne (AU) and Professor in Practice at the University of Pennsylvania Stuart Weitzman School of Design (2019 - 2020). Bart is currently visiting lecturer at the Technische Hochschule OWL in Detmold (DE) and the Harvard University Graduate School of Design (US).