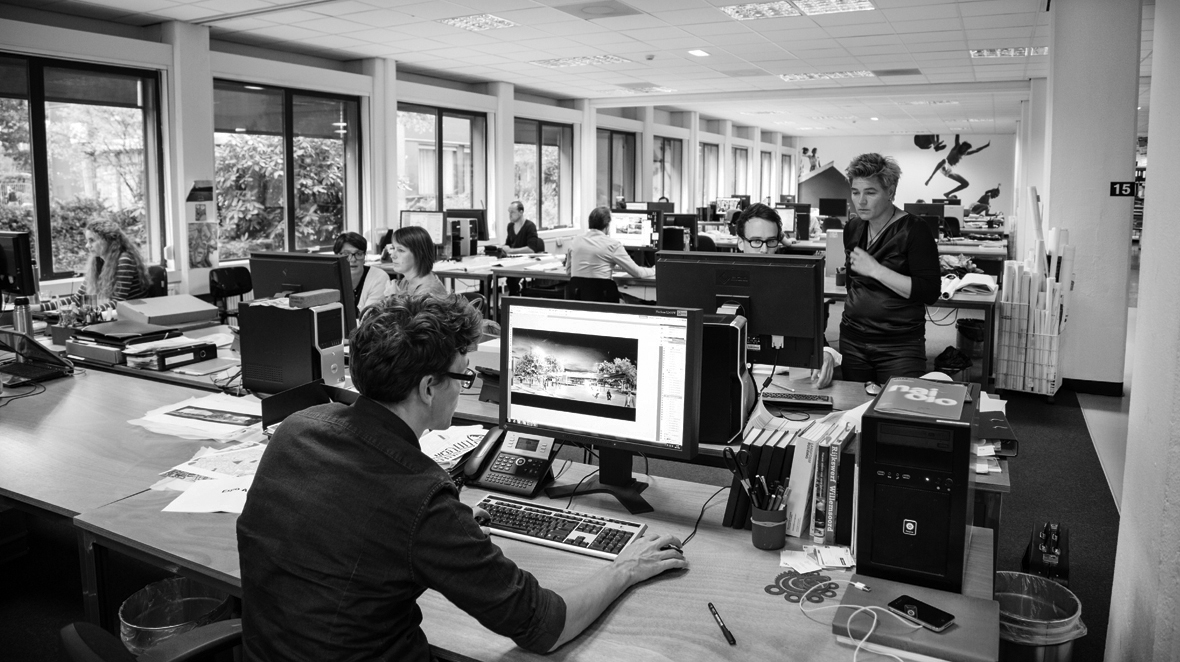 Lieneke van Campen (1973) is a landscape architect, and studied at Van Hall Larenstein and the Academy of Architecture in Amsterdam. Having worked for several years at Buro Lubbers and for Grontmij, she was employed at Karres en Brands in 2001 as a designer, project manager and, later, partner. Since mid-2013, she has acted as managing director and co-owner of Karres en Brands. As managing director, she is responsible for the internal organisation of the agency and contact with clients.

Lieneke has broad knowledge and experience in the field of public space, landscape architecture and urban planning, and within Karres en Brands she specialises in landscape and public space projects. Lieneke is driven, loyal and often a binding factor in project teams. She enjoys working together in a team. Lieneke combines her role as managing director with the guidance of various projects. In addition she plays an active role in the supervision team of Science Park Amsterdam en Bosrijk Eindhoven.

Within Karres en Brands she has worked on numerous projects, including the transformation of the Nieuwe Ooster cemetery in Amsterdam, the urban design and super-vision of the Bosrijk residential project in Eindhoven, the design for the Langedijk general cemetery and the design for Quirijn Park in Tilburg. In recent years, Lieneke has been especially involved in complex, integrated PPP projects, such as the Kromhout Barracks in Utrecht, the Haga Hospital in The Hague and the National Institute for Public Health and the Environment (RIVM) in Utrecht.

Lieneke’s graduation project for Razende Bol on Texel was nominated for the Archiprix 2006, and since then she has herself become a teacher at the Academy of Architecture in Amsterdam. Lieneke is member of the jury of the EGHN, European Garden Heritage Network.